View source
watch 00:59
Grand Theft Auto Online: Heists Trailer
Do you like this video?
Play Sound
For the heists introduced in this update, see The Original Heists

mpheist
“Heists, a brand new 4-player cooperative experience for GTA Online, giving players the chance to team up to pull off a string of intense multi-part heists, raids and robberies. Online Heists span numerous missions featuring new gameplay, vehicles, weapons, and scenarios to test a team’s full set of skills. Choose your roles and strategize to complete each stage of a Heist, with tight communication and coordination the key to success and complete Elite Challenges for extra cash. Also try Adversary Modes, new Daily Objectives and other Freemode activities. ”
— Rockstar Newswire description.

The Heists Update is a major content update exclusive to Grand Theft Auto Online which was released on March 10, 2015.

“I know you've been complaining, but you weren't ready.”
— Lester Crest.

The Heists Update allows players to plan, prepare and execute multi-tiered Heists across Los Santos and Blaine County through a series of new missions organized by Lester Crest, Ron Jakowski and an unnamed character, later known only as Agent 14. These require tight communication and coordination, with players taking on specified roles at each point to accomplish multiple objectives on the way to complete the Heists.

The update features many new vehicles, weapons, and clothing items.

Minor graphical changes to the entrance of selected high-end apartment buildings were made, in addition to a wide array of new animations when entering and exiting your apartment. The Garage interior has also been updated to include a brand new exiting animation when on foot.

A flare gun is given to the player straight after the update is installed, and is used during The Humane Labs Raid. The thermite bomb also appears as special weapon used only in The Pacific Standard Job, which cannot be purchased.

This is the first update to not include any vehicles in Story Mode, all of the vehicles are featured in GTA Online only. New vehicles included are mostly armed and armored vehicles that require mission completion to unlock for purchase. After the Cunning Stunts: Special Vehicle Circuit update, all vehicles are available to players who have not completed the heist requirements but they must pay a 33% premium over the heists "trade" prices.

The update includes the Hydra (a VTOL fighter jet), the Savage (an attack helicopter), the Principe Lectro (a sports bike), the Valkyrie (a helicopter with 2 mounted miniguns and a mounted cannon that fires explosive rounds), the Insurgent (an armoured vehicle, also features an unarmed variant), the Karin Technical (a Karin Rebel with a mounted machine gun on the truck bed) and a new version of the Kuruma (now based on the Mitsubishi Lancer Evolution X). A large aircraft carrier is also present, and is most likely used to carry aircraft like the P-996 Lazer and Hydra, as well as the main target for one of the Heist Setups.

A new motorcycle and truck were added with no unlock criteria.

Players can now save up to 30 personalised licence plates ($100,000 cost per plate) for their stored GTA Online vehicles via the updated iFruit App.

“Hey, I'm sure you're not gonna mind - hell, you've been waiting long enough - but I sent some people over to your place. It's just a little refurb, nothing to worry about - when it's ready I'll call you to explain”
— Lester, explaining the planning room update in game.

Updated planning room in each high-end apartment. The following changes have been made:

There are three new interactive minigames originally featured exclusively in the heists:[Note 1]

Drilling is a minigame seen in the Fleeca Bank Heist. The player assigned to the task uses a drill to drill through a keyhole in order to open a safety deposit box. On the lower right hand corner the hud is replaced with a top side of a 2d lock with 4 pins. The player's goal is to drill through all of them. But if the drill is pushed too hard it overheats turning the bit red and it takes a few seconds to cool down the bit. The player controls the speed the bit turns and how hard the bit is pushed into lock.

Circuit Breaker 2.0 is a hacking minigame written by Lester Crest and is used in the Fleeca Bank Heist. It is a smartphone app which pops up taking most of the screen. The game consists of 2D top-down maze that looks like a circutboard. The player must guide a constantly moving line from a start point to an end point. If it touches anything but the exit it fails and has to be restarted. There are 3 levels with each one increasing the difficulty of the maze. Continued failure slows down the speed of the point but reduces the achievement level. It is recommended to use the D-Pad rather than the analog stick.

A data cracker in GTA Online, used to hack a garage door in order to park an Insurgent loaded with an EMP. It consists of 8 white blocks moving vertically over a horizontal red line in the center. To hack it, the player has to align a gap in the blocks when they are placed exactly over the red line. Each block moves progressively faster and any mistake will displace the previous one, and require these to be placed again. This minigame is now also featured in certain Freemode missions such as Sightseer.

These are unlocked at Rank 15 and introduced by phone calls or text messages from their sponsor.

As of the Freemode Events Update, these activities were removed from the enhanced version of Grand Theft Auto Online, and are no longer playable in the PS3 and Xbox 360 versions of the game with the shutdown of its servers on December 16, 2021.

, and 9 new trophies, 7 bronze and 2 silver, were added for all platforms. 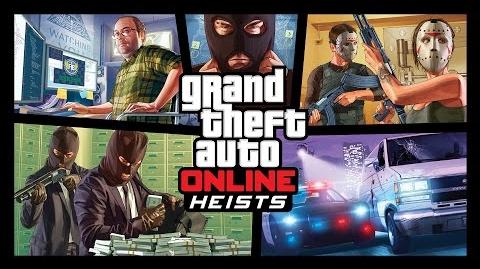 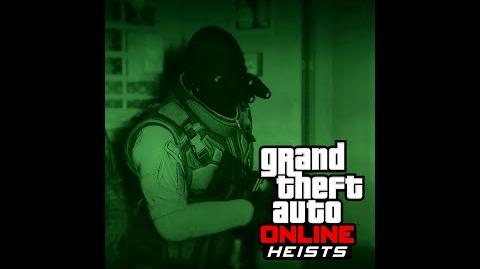 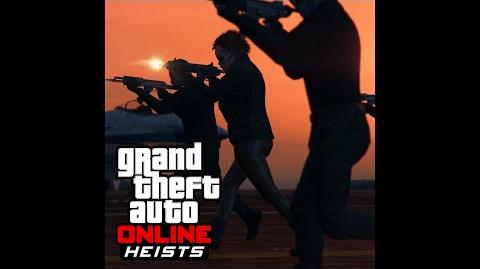 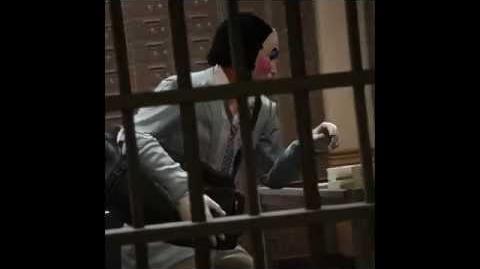 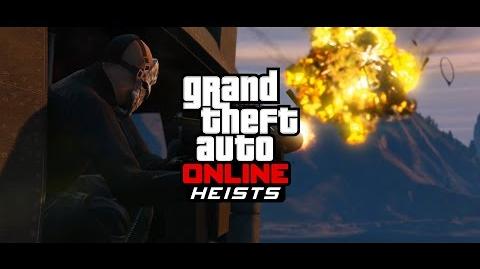 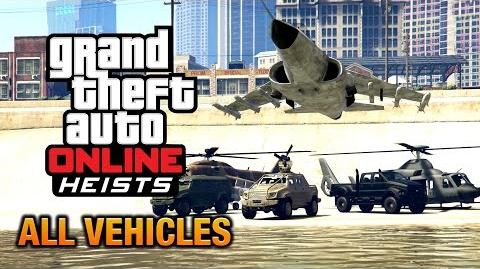 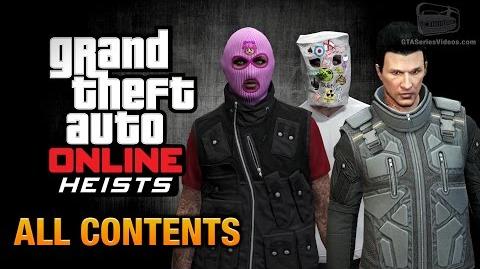