The Pilot missions are common to both the Heist Prep: Alkonost and Heist Prep: Stealth helicopter Approach Vehicle missions. Completing it once unlocks the pilot for both aircraft approaches. The Pilot mission is locked until one of the vehicles are stolen.

Once the RO-86 Alkonost or Annihilator Stealth is stolen the player must do a favor for a pilot who will fly the aircraft. There are 2 possible mission variations:

In-game time
“There is only one pilot who combines the necessary skills for this operation with necessary indifference for international law. Retired from air force. Very experienced, very bored. In fact, he is so bored he has picked up little gambling habit, and owes some nasty people too much money. We get rid of these people, he will owe us favor, yes? He has given us coordinates... should be with you now. Some kind of house on stilts.”
— One of Pavel's briefings.

To make the pilot fly the RO-86 Alkonost the player must do him a favor. The pilot asks the player to go to the Vinewood Hills and eliminate some Loan Sharks.

In-game time
“There is only one pilot we need for this operation. Air force veteran with a chest full of ribbons and no fear of causing international incident. He is perfect... but not a man who works for money. Still, there is always a way. Not so long ago his pet plane... a project of his... was stolen. You recover this, he will be in your debt, yes? He has given its location... let's do our good deed for the day.”
— One of Pavel's briefings.

To make the pilot fly the RO-86 Alkonost or Annihilator Stealth, the player must first do him a favor. Pavel asks the player to go to a location, recover the pilot's Rogue and take it to Sandy Shores Airfield. 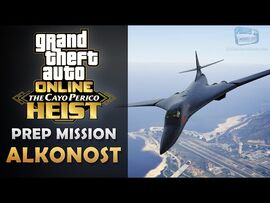 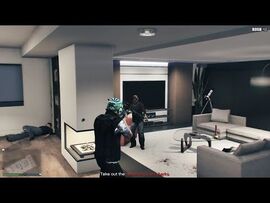 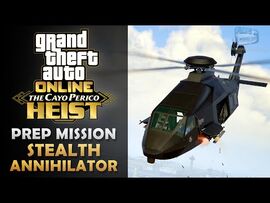