In-game time
“You want to get down to the vault, you will need to get through fingerprint scanner we saw. Only one way to do it: the severed hand of Mr. Rubio.
Okay, there is second way: hacking tool. We'll call severed hand "Plan B".”

— Pavel's briefing on the planning screen.

Pavel tells the player that the only way to hack the fingerprint scanner in Mr. Rubio's office is with a fingerprint cloner, a failsafe device that is used in case of emergency. However, there is only one in existence, kept safe on the mainland by his head of cybersecurity.

Completing this setup allows the player(s) to hack the fingerprint scanners found inside the compound during the finale; one in the office and one in the basement (the latter not indicated in the briefing).

“The fingerprint scanner we saw in Mr. Rubio's office is state of the art. Ordinary hacking tool is out of the question, so we have only one option. We find the failsafe tool. This is the backup which allows for reconstructing Mr. Rubio's fingerprints in emergency, and there is only one in existence, kept safe on the mainland by his head of cybersecurity. This and only this will allow us to hack the system. But first things first, we find his archives.”

The player is instructed to go to a warehouse located in one of three random locations, where two black Novak SUVs will be parked.

Search the exterior of the warehouse for a circuit box to disable the security cameras . Being spotted by a camera or destroying them will alert the guards inside.

When approaching the warehouse, Pavel warns the players there are cameras at the entrance, which will immediately spot the player if they attempt to go past them or destroy them. Pavel will suggest killing the cameras' power by finding a circuit box nearby, which also ensures a stealthy assault. Once inside, there will be four armed guards, and the player must deal with them, find the laptop, and hack it to reveal the location of the archive.

Take out the security cameras in front of the archive to avoid triggering the alarm.

Once the archive is located, the player must travel to the marked location and deal with two more cameras at the entrance, though they can be destroyed without any attention. Once inside the unoccupied facility, Pavel indicates that the tool will look like a credit card with an antenna, which is at one of three different spots on the desks near the opposite end of the warehouse.

Once they steal the fingerprint cloner, they are instructed to leave and then return to the Kosatka. If the player is spotted by the cameras at the second location, enemy forces in Novaks will pursue them on the return trip. Once aboard the Kosatka, the mission is completed. 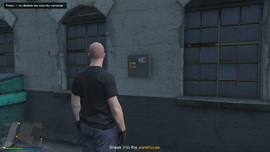 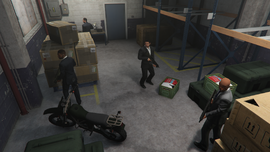 Security team inside the warehouse. 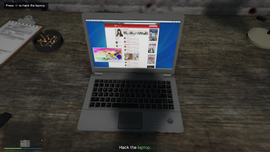 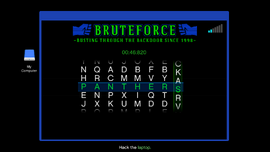 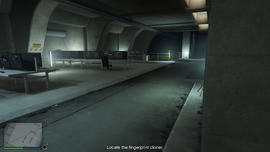 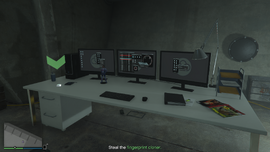 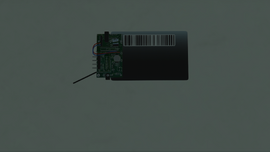 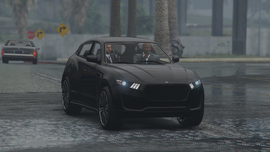 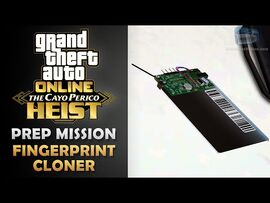