GTA Wiki
Register
Don't have an account?
Sign In
Advertisement
in: Businesses, Weapons, Businesses in GTA V,
and 3 more
English

Not much is known about Hawk & Little, as they are only mentioned in the BAWSAQ website as one of the businesses with stocks available to buy. They are said to be the largest firearm manufacturer in the United States. In the enhanced editions of Grand Theft Auto V and Grand Theft Auto Online, it manufactures several weapons seen in-game, as well as aircraft bombs.

The player can buy a hat with their logo in the Binco or Discount Store clothing stores as Trevor.

Hawk & Little appears to be mainly based on Smith & Wesson, as the former's logo is nearly identical to the latter's and because Smith & Wesson was founded in the 1850s. However, the name seems to be derived from Heckler & Koch; both sound somewhat similar, especially with the ampersand (and) conjunction; additionally, the Combat Pistol and the SMG are both based on Heckler & Koch weapons. 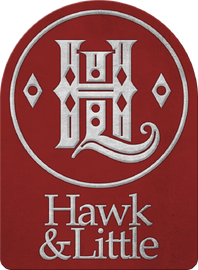 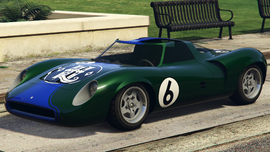 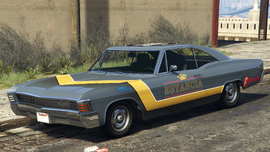