In-game time
“The art of leadership, Vic. Making people believe they had the idea all along.”
— Umberto Robina

Havana Good Time is the final mission in Grand Theft Auto: Vice City Stories given to protagonist Victor Vance by Umberto Robina, leader of the Cubans, from his home in Little Havana, Vice City.

After the Cholos' attempt on his father's life, Umberto Robina wants revenge, and has Vic assist his men in robbing a warehouse used by the Cholos as an arms dump. After they clear the warehouse of Cholos, two vans enter the site to load the weapons, carrying a "gift" for the Cholos: a booby-trapped piñata of Umberto mockingly showing the middle finger. Vic protects the Cubans as they rob the Cholos' arms crates, and escapes with one of the vans back to Umberto's home.

Back at his place, Umberto celebrates his victory with Vic. Meanwhile, back at the warehouse, the Cholos unknowingly set the Cubans' "gift" off with a baseball bat, destroying the warehouse in a massive explosion.

The reward for completing this mission is $1,500 and the mission Caught as an Act is unlocked. The Cuban Style outfit becomes available in Vic's wardrobe.

Any radio song or program would be interrupted by a report of another gang war near a warehouse in Little Haiti, referring to the events of the mission. A "reliable source" close to the Cubans is stated to have declared that the war between them and the Cholos has ended in their victory. 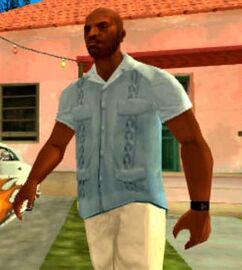 The "Gift" left to the Cholos, a piñata with explosives. 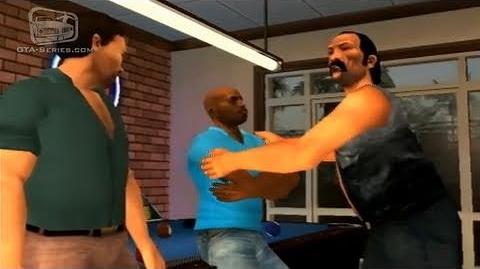