GTA Wiki
Register
Don't have an account?
Sign In
Advertisement
in: Verify, Articles with sections under construction, Missions, Missions in GTA V
English

In-game time
“You people are not very fucking nice!”

— Trevor Philips, to Floyd and Debra, moments before they are both killed.

Hang Ten is a mission in Grand Theft Auto V that protagonist Trevor Philips does independently. Michael De Santa makes an appearance at the end of the mission.

Trevor returns to Floyd's apartment. Outside the apartment, he runs into Floyd Hebert who tells Trevor that he can't come in. Trevor pushes past Floyd and kicks open the apartment door.

Inside, he meets Debra, Floyd's girlfriend, who has just returned from a business trip and is completely furious at Trevor's presence in the apartment. Trevor insults Debra, pushing her into an even greater rage. Trevor's mood changes suddenly, and he begs Debra and Floyd to accept him for who he is. Debra continues to hurl insults, telling Floyd that "Bob" (presumably Debra's lover) was right about him, saying that he is "not a man at all". She demands that both Trevor and Floyd leave her home immediately, calling the former the latter's "weird friend"; when Trevor attempts to correct her, she pulls a pistol from a drawer in the kitchen, declaring that she is not afraid to use it and that Bob taught her. Enraged, Floyd grabs a knife from the kitchen counter while screaming "Fuck Bob!". Trevor gets angry and comments "You people are not very fucking nice!" as the screen cuts to black.

Floyd and Debra are then killed off-screen, and the scene shifts to the exterior of the apartment. Trevor, now covered in blood, staggers out of the front door. Wade arrives and wants to go inside the apartment to see Floyd, but Trevor advises Wade against it. Instead, he and Wade get in Trevor's vehicle and drive to the Vanilla Unicorn. During the drive, Trevor explains that Floyd and Debra have "disappeared" and will probably not return. If the player takes long enough to drive there, Trevor and Wade will engage in a conversation revealing some of Wade's backstory including first meeting Trevor and the disappearance (and implied murder) of his friends Daisy-Bell and Kush-Chronic on the way to The Gathering.

Trevor and Wade arrive at the Vanilla Unicorn, where Trevor instructs several of the strippers to take care of Wade. Trevor then heads to the office of the club's manager, Leon. Trevor walks in and tells Leon he's about to "meet his new partner", before closing the door and killing Leon off-screen.

The player is switched to Michael, who is in his mansion in Rockford Hills and in a phone conversation with Lester. Lester tells Michael that Trevor has taken over the Vanilla Unicorn. Michael agrees to meet there to plan the next mission.

Trevor in the apartment.

Debra aiming a Pistol at Trevor.

The apartment entry after the fact. 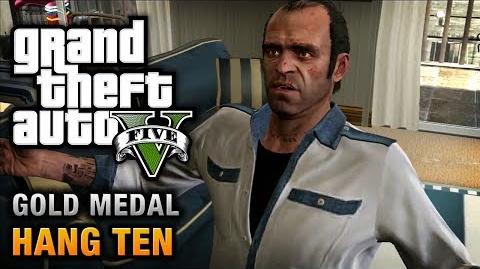 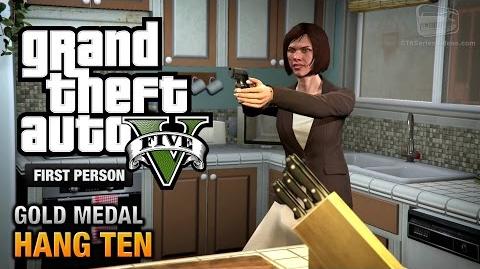 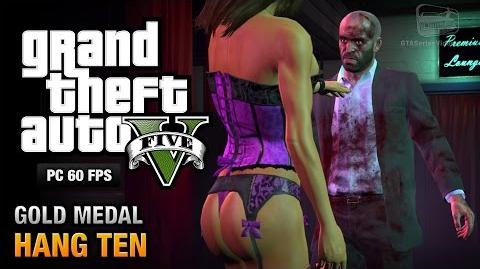