GTA Wiki
Register
Don't have an account?
Sign In
Advertisement
in: Images Needed, Weapons, Weapons in GTA 2,
and 13 more
English

A Grenade on the Rockstar Games Social Club website.

Wikipedia has an article on:
Grenades

The Grenade in Grand Theft Auto IV and its episodes has a new appearance, closely based on the M61 grenade, a variant of the M26A1 with an extra safety (called the "jungle clip") attached to the safety lever.

“Army issue frag grenade. Pull the pin and throw, then get your ass under cover! Remember to wait for the BANG before looking up.”

The Grand Theft Auto: Chinatown Wars rendition appears to have a combined design between the GTA III iteration and the GTA IV one.

In Grand Theft Auto V and Grand Theft Auto Online, the grenade re-adopts the design featured in GTA IV, but with a much cleaner appearance and featuring markings, in a similar way to some M61 grenades (even featuring a "M61" marking on it).

Grenades are highly destructive to both people and objects, including vehicles. Conventional vehicles can be destroyed with a single grenade, and people will almost always be killed if within the blast radius. Grenades are ideal for taking out enemies hiding behind cover, and for scattering tight-knit groups of foes.

Grenades can, of course, be just as dangerous to the player as to enemies, and must be deployed carefully to avoid the grenade bouncing back to the player.

In Grand Theft Auto IV, the player can drop a live grenade to the ground, but must run for cover before it detonates. One can also 'cook' a grenade (hold onto it while it counts down) for a short time before throwing it. It begins beeping if it is held for too long, and if not thrown, will explode in the player's hands, causing Niko/Johnny/Luis to get wasted. In Grand Theft Auto IV, grenades are in fact much more lethal to the player than to enemies -- unless a grenade explodes very close to an enemy, they will likely survive, despite being thrown by the explosion.

Grenades can be dropped while driving, and are more effective for in-car use than Molotov Cocktails, due to their far superior radius of effect, however the player must take care to remain on the move while using grenades — the player's own car can easily be caught in the explosion if it does not move on immediately. A popular multiplayer tactic is to cook a grenade, then walk up to a group of unsuspecting players and let it detonate; this tactic, called Martyrdom, is useful for killing a large group at the expense of the perpetrator's own life. This is only advised in Free Mode.

The enemies will run away from a grenade that is about to explode, making it more challenging for the player against the enemies in open.

In Grand Theft Auto: Chinatown Wars, the player can use the touch screen to throw Grenades at a distance in any direction. These can destroy a vehicle instantly and can kill enemies that are close to its blast radius.

In Grand Theft Auto V and Grand Theft Auto Online, grenades function the same way as in GTA IV, the only difference being that the grenade is more effective on enemies and has a much quieter "beeping noise" so overcooking a grenade is far more lethal than before.

Again, enemies can detect the oncoming grenades and are likely to move for their safety, although, because of the sensitivity of NPCs compared to GTA IV, they will be likely stunned or wounded by the blast radius. 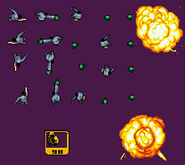 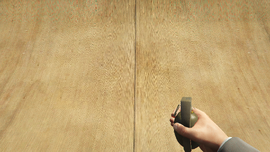 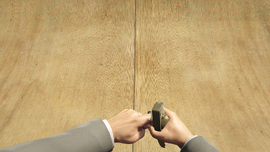 Aiming with a Grenade