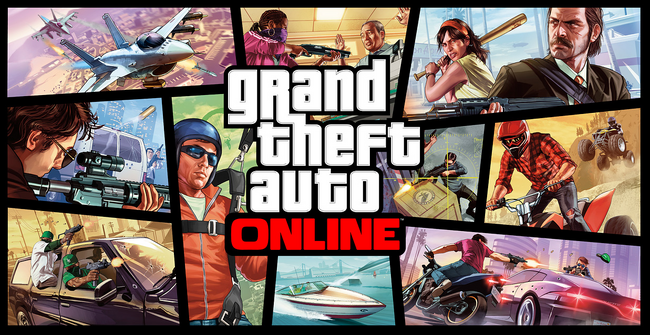 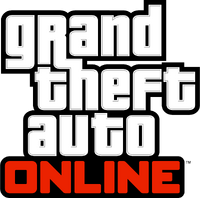 The game implements the Rockstar Social Club's crew system, this time with two types of crews. Private crews are mainly aimed at a group of friends or associates to play online together and can hold as many as 250 people. Public crews, on the other hand, can be compared in many ways to an army and can have unlimited members, although only 16 will be able to play with each other at once. The use of crews and teamwork is heavily encouraged by Rockstar, as the player recieves more money in races depending on how many players are in the game, also, the player recieves a 10% bonus to RP for playing with friends and 20% for playing with crew members. On top of this, many missions (particularly from Lester and Martin) involve the use of teamwork to succeed. The crew system in GTA Online also encourages customization and personalization, with the addition of crew emblems that can be placed on vehicles and crew colors.

Like its single player counterpart, GTA Online is heavily centered on money. When the player begins the game, they will only have one personal vehicle they can modify for free, as all others will cost the player different prices based on the value of the vehicle. Despite being able to drive high-end vehicles, the player cannot modify or store them, as they are 'too hot to modify', instead, the player must purchase them from the Legendary Motorsport website. In addition to vehicles, the player can also purchase properties, these come in three classes - Garages, ranging from $25k-$100k+, Low-end apartments, ranging from $80k-$200k and High-end apartments, ranging from $205k-$400k. High-end apartments include a planning room to plan heists in addition to a 10-car garage, the most expensive apartment is the Eclipse Towers Apartment 31 at $400,000, although it is worth noting that all $205k+ apartments have the same interior, and it is the view and location that add the most value. Rockstar have not ruled out the possibilities of extra properties being added in DLC, such as penthouses, villas and mansions.

The gameplay options in GTA Online are limitless. The player is required to complete a lengthy tutorial that begins with a cutscene of different parts of Los Santos followed the plane landing in LS International Airport. You are then collected by Lamar and driven through the city to a car park where you must complete a race against Lamar. Whether you win or lose the race doesn't matter (only affecting the money you recieve from that mission) but it is necessary to complete the tutorial. After this race, you are then required to carry out another mission to aquire drugs to deliver to Lamar's friend Gerald, after which Lamar tells you to buy clothes from a nearby Discount store in order to "better represent-ate yourself."

After the tutorial is completed, the player is free to roam Los Santos and Blaine County, whether cruising along, racing against other players or taking part in a series of activities such as LTS and Deathmatch. However, unlike GTA IV, the police are permanent and cannot be switched off.

Players rank up with RP, or Reputation Points, which they can earn by completing missions and activities or by doing simple acts like losing a wanted level or cruising with other players. Once players reach a high enough level, they can call airstrikes and attack helicopters from Merryweather, along with several other bonuses. To start up a race or other game mode, the player simply has to walk into a specific area to trigger the start of the mission. Players can also go to the gun range in an Ammu-Nation to practice their shooting skills and can arm wrestle with other players. During certain game modes, bets can be placed on players.

Unlike in GTA IV's Multiplayer, pretty much everything in single player GTA V will be available in multiplayer. Players will be able to golf, and play tennis with each other. The police don't make an attempt to arrest the player when there is a wanted level. Instead, the police shoot to kill, even with only one star.

Most of the characters featured in the story mode re-appear in GTA Online, along with a few new faces, one person being Gerald. Some characters act differently, in the case of Ron being somewhat sane in GTA Online, or live in different areas, in the case of Martin Madrazo visiting his girlfriend in Rockford Hills, but sometimes getting calls from Patricia Madrazo as to where he is.

The timeline of GTA Online seems to take place before and during the story mode. Good examples of this is that Lamar is still working for Simeon at the start of GTA Online, while later on Lester gives you a mission to sell the diamonds that were stolen during The Jewel Store Job, by bringing them to a supplier. Even though that is the case, Martin still "lives" in Rockford Hills. This may have been to prevent spoilers through cutscenes to lower level players.

In GTA Online, the players character can be customized much more than it could in GTA IV's multiplayer. Now, the player can buy their clothes from clothing stores around Los Santos using the money they earn from killing other players and from completing missions such as Heists. They can also buy tattoos, Haircuts and piercings. Also, if the player has the Collectors Edition of the game, they can choose to be additional characters which were featured in GTA IV. The only characters known to be featured in the edition are Niko Bellic, and they can be picked as the characters father.[1]You will also be able to use Claude and Misty from GTA III as parent genes. If the player has a Rockstar Social Club account, then John Marston, the protagonist from another Rockstar-made game Red Dead Redemption, will be available as a father. Players can use a slider bar to pick who their character looks like, either more like their father or mother. Additionally, you'll customize your characters daily activities - everything from family time to illegal activities, then from sports to being a couch potato. All this will have an impact on your character's initial appearance, and his/her initial skills.

The player actually is noted to talk, as they assume the role of your voice. That is, when speaking in game chat, the character moves their mouth as if they were actually speaking. Based on a quote from Brucie Kibbutz, it is heavily implied if the player calls someone then just hits a button to exit the call, he/she doesn't say anything, rather just heavily breathing into the phone.

Like in single player, the main aim is to get as much money as possible. The number of things money can be spent on are endless, as Rockstar continues updating the game all the time. The player can buy things such as apartments, garages and helipads, character customization options, such as tattoos, haircuts and clothes, and much, much more.

When a player purchases an apartment, they can invite other players to come and visit them. When another player comes to visit, they will use a door bell, which will be heard by the player who owns the apartment. The player can then choose whether or not to let them. The player can also use CCTV on their TV to check who is actually outside.

As well as CCTV on the television, the player can also watch TV shows and interview. An extraordinary new feature is the ability for the player to watch other players being chased and attacked by police. They can do so while switching some TV stations to the correct one that shows other players. With the right filter on, it mocks an actual police chase. Otherwise, players can use their TV's to watch what players are doing in the world.

Players can then also have garages and helipads. These are to store their vehicles and aircraft that they have found, bought, or earned. Once the player has some vehicles, they can use them to compete in races, or just to show off. Customized vehicles can also be stored in the garages and helipads. Additonally, a player can find helicopters and planes at Sandy Shores or the Los Santos International Airport. The aircraft changes as the players level increases.

Leslie Benzies, Rockstar Games' director, says there will be around 700 missions in GTA Online and that Rockstar will be constantly renewing about 500 of these to keep GTA Online fresh, long after gamers have worked their way through GTA V. He also said that these missions can be encountered in many ways, including stumbling on them on the map, calling or receiving a phone call from an NPC, or choosing one of the menu.

Races can be entered as game modes. The player can compete using vehicles from their own garages and helipads/airfields. They can also create their own race tracks, using the Content Creator.

Most missions in GTA Online are oddly similar, or make references, to those in the campaign. One such mission from Ron has the player steal a Cargobob from Fort Zancudo, an act Trevor Phillips would later repeat. Also, Martin Madrazo has the player kill a woman who likes strikingly similar to the one who "green light" the attack on Michael De Santa.

In missions you can scroll through a list of players in the current lobby, or invite friends to join. While scrollng, a menu shows up showcasing the highlighted players Driving, Shooting, Flying, Sneaking, and Stamina skill's.

After missions where you've had a good old blood bath, you can wash the blood off yourself in the shower in your apartment. It is also possible to sing into a headset while taking a shower to earn RP.

Heists are currently not in the game yet, but will be added soon in a free DLC.

Many new things can be done with vehicles in GTA Online. The only things known so far are that cars can be locked to prevent them being stolen, and the player can also buy car insurance just in case their car is stolen, destroyed, or lost. Once a player has insurance, the car can get destroyed an infinite number of times without ever needing to renew the insurance.

Like in Max Payne 3, players can form Crews using the Rockstar Games Social Club. Players can be in up to 4 Crews at one time. Crews can perform Heists and other activities together. When players form Crews in GTA Online, there will be an all new Hierarchy system to tell others who ranks where.

Grand Theft Auto Online received mixed-to-positive critical reception. The game currently holds 77/100 on Metacritic, based on seven reviews[2], and 76-78/100 on GameRankings based on four reviews as well. [3] Most critics so far have praised the game for its potential, but criticized its technical problems and limited early content.

GRYOnline.pl awarded Online with a positive 7.5/10, declaring that "the fun is tremendous", but saying that the game's potential is "not fully realized".[4] GameSpot's Carolyn Petit gave Online a 7/10, praising the freedom, but criticising the game's technical problems, concluding "the unpredictable human element is both an asset and a liability, and the technical problems that have plagued it are far too significant to be ignored. But when it clicks, as it often does, there's nothing quite like GTA Online".[5] Destructoid's Chris Carter also gave the game a 7/10, calling it "one most fun online games [he has] ever played", while criticising the game's messy launch and glitches. Carter concluded that "one day GTA Online will reach its true potential with a massive map creation tool and more playable content than pretty much every genre outside of MMOs -- of this [he has] no doubt, given how deep Rockstar's coffers are. But for now, it's best to tread lightly until all of the kinks are worked out."[6]

Retrieved from "https://gta.fandom.com/wiki/Grand_Theft_Auto_Online?oldid=530827"
Community content is available under CC-BY-SA unless otherwise noted.