In-game time
“It is impossible to over-estimate the importance of etiquette in this line of work. To my eternal shame, a man once did me a favor and I have never had the opportunity to repay his kindness. The man's weakness is motor cars and he has requested that we acquire him certain models for his collection.”
— Kenji Kasen

Grand Theft Auto is a mission in Grand Theft Auto III, given by Yakuza co-leader Kenji Kasen to protagonist Claude from the Yakuza-owned Kenji's Casino in the Torrington district of Staunton Island, Liberty City.

Claude drops by Kenji's Casino looking for more work. Apparently, Kenji owes a debt to a man who once did a favor for him, and who has a great likeness for sports cars. Kenji then tasks Claude to collect three cars in Staunton and take them to a garage near the multistory car park and the Pay 'n' Spray in Newport. In addition, the cars must be delivered in perfect or near-perfect condition, or the player will be directed to the nearest Pay 'n' Spray to repair the car.

Upon delivering all three cars, the player completes the mission.

The reward for this mission is $25,000. The mission Deal Steal is unlocked. 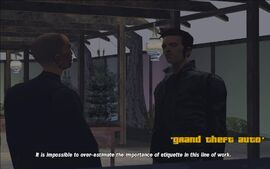 Claude arrives at Kenji's Casino in Torrington. Kenji says that etiquette is important in the kind of business they're in. 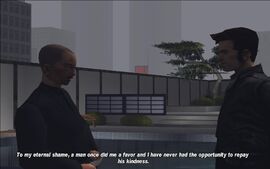 Kenji tells Claude of a person he is indebted to, but has never had the chance to repay the debt. 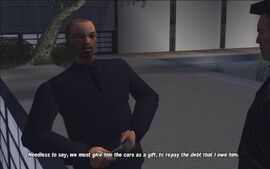 Kenji tells Claude that the man's weakness is sports cars and that he plans to gift him three cars to add to his collection. Claude is handed a list of the three cars. 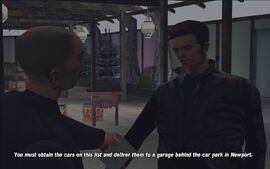 Kenji tells Claude to deliver the cars to a garage behind the car park in Newport. 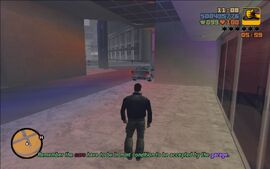 Claude is notified that the cars have to be in mint condition, otherwise they will not be accepted into the garage. 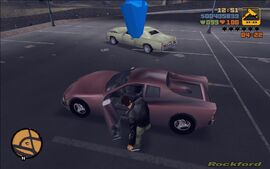 Claude stealing the first vehicle at the Carson General Hospital in Rockford. 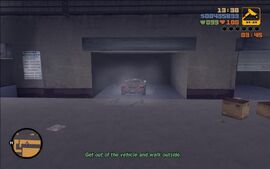 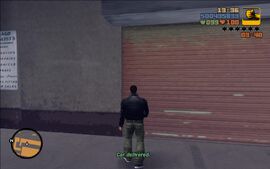 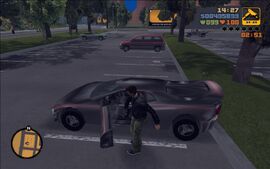 Claude stealing the second vehicle at a parking lot near the Liberty Memorial Coliseum. 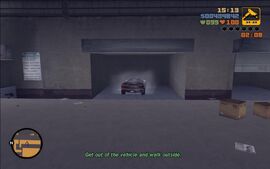 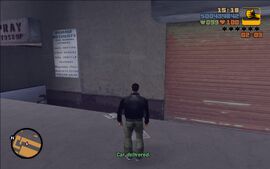 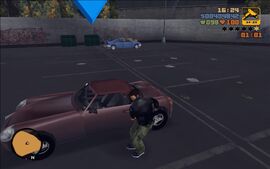 Claude stealing the final vehicle at a car lot near the Liberty Tree building in Bedford Point. 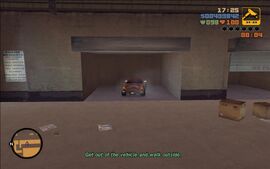 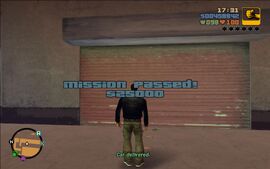 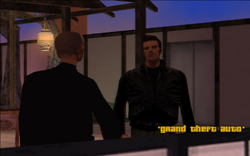