“The depth of this game is unparalleled; there are hordes of side quests and missions and cool little easter eggs. You need to follow the main story in order to open up the whole city and gain access to property acquisition, but you can still spend hours just wandering around getting into trouble.”
— Ben Silverman, Game Revolution.

Grand Theft Auto: Vice City (also referred to as GTA Vice City, Vice City and abbreviated GTAVC) is a video game developed by Rockstar North. It is the fifth installment in the Grand Theft Auto series and the second game in the 3D Universe timeline of the series.

The game is set in Vice City, Florida, in 1986, and concerns the exploits of protagonist Tommy Vercetti as he rises to become Vice City's major criminal power. The game's events follow on from Grand Theft Auto: Vice City Stories.

Its original release version uses a tweaked version of the RenderWare game engine used by GTA III, and similarly presents a huge cityscape, fully populated with buildings (from hotels to skyscrapers), vehicles (cars, motorcycles, boats, helicopters, and planes) and people.

Forelli Crime Family overlord Sonny Forelli sends Tommy Vercetti, who was recently released from prison, to Vice City in order to gain profit off the uprising of the drug trade in the city.

Grand Theft Auto: Vice City 10th Anniversary Edition was announced by Rockstar on October 26th, 2012.[2] On November 21, 2012, Rockstar further revealed it would be launched on December 6, 2012 for iOS and Android devices, and would cost $4.99 for both the App Store version and the Google Play version (with the British release costing £2.99 for the App Store and £3.29 for the Google Play Store).[3]

Rockstar announced that it would include "native high-resolution graphics and several enhancements unique to the iOS and Android platforms including updated character models and lighting effects, new and more precise firing and targeting options, a fully customizable control layout and native support for retina display devices."[4]

The edition features across-the-board upgrades including graphical improvements and modern gameplay enhancements, while still maintaining the classic look and feel of its original version. 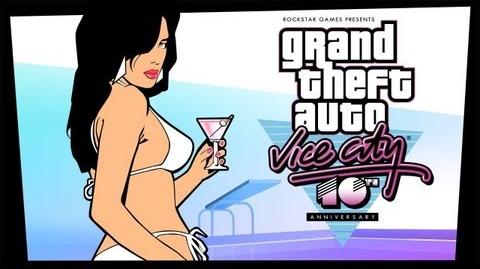 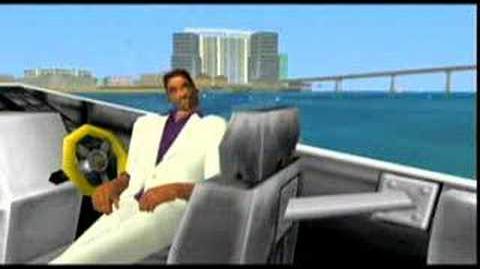