View source
watch 02:52
Roblox: DeepWoken - The Loop
Do you like this video?
Play Sound
You may be looking for Grand Theft Auto: The Trilogy.

The games were released digitally on November 11, 2021 and physically on December 17, 2021, and they are available on PlayStation 5, PlayStation 4, Xbox Series X|S, Xbox One, Nintendo Switch and PC; and later for Apple iOS and Android in the first half of 2022. The games feature "across-the-board upgrades including graphical improvements and modern gameplay enhancements for all three titles, while still maintaining the classic look and feel of the originals". [2]

“It all starts in Liberty City. With the freedom to go anywhere and jack anyone, the ruthless world of crime is at your fingertips, if you have enough guts to take it.”

“Welcome to the 1980s. From the decade of big hair and pastel suits comes the story of one man’s rise to the top of the criminal pile. Grand Theft Auto returns with Tommy Vercetti’s tale of betrayal and revenge in a neon-soaked tropical town full of excess and brimming with possibilities.”

“It’s the early ’90s. After a couple of cops frame him for homicide, Carl ‘CJ’ Johnson is forced on a journey that takes him across the entire state of San Andreas, to save his family and to take control of the streets. ”

In August 2021, a report published by Kotaku detailed that Rockstar Games was developing a remastered trilogy of Grand Theft Auto titles: Grand Theft Auto III, Vice City, and San Andreas, originally developed by Rockstar North. According to the report, its development was led by Rockstar Dundee and uses the Unreal Engine. [3] In September, the Game Rating and Administration Committee in South Korea gave the trilogy a game rating. Media speculation about the game continued in early October after an update to the Rockstar Games Launcher included related data to the game in addition to logos, art, and game achievements.

Existing versions of the three games were removed from digital retailers on October 11, 2021. Audiences and journalists criticized the move, citing concerns with video game preservation, a lack of choice between versions, and the potential removal of music due to expired licenses, which had occurred with previous re-releases. [4] 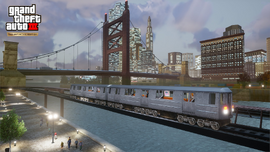 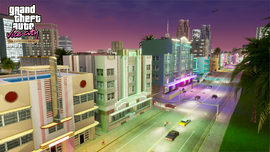 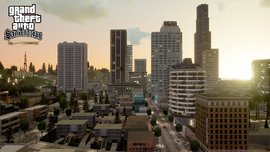 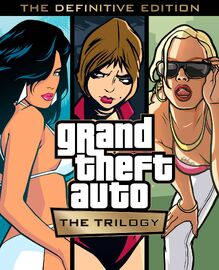 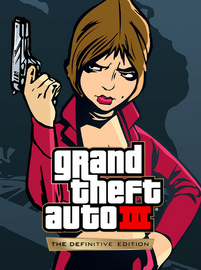 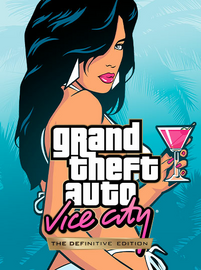 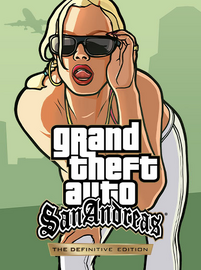 In the lead-up to the announcement of the remasters, Take-Two Interactive had been aggressively acting against many Modifications, especially those involving the trilogy titles and their assets, including issuing DMCA takedowns and lawsuits, leading to both speculation of the upcoming release and animosity among the modding community.[5]

After release, numerous graphical bugs and glitches[6], physics glitches from the GTA San Andreas mobile port, and a number of other issues plagued the titles. Switch users found the Definitive Edition unplayable due to framerate issues.[7]

From November 12, 2021[8] to November 15[9], the Definitive Edition was pulled from Rockstar's store and made inaccessible on PC Rockstar Games Launcher after it was found that files allegedly for the infamous Hot Coffee Modification were found in the GTA San Andreas source files, as well as 20 songs from the original GTA San Andreas release that were supposed to have been deleted due to licensing issues. In the intervening time, many customers began flooding Take Two Interactive's and Rockstar's Twitter pages with demands for refunds.[10]

“Hi everyone,
We want to provide an update regarding the unexpected technical issues that came to light as part of the launch of Grand Theft Auto: The Trilogy – The Definitive Edition.
Firstly, we want to sincerely apologize to everyone who has encountered issues playing these games.
The Grand Theft Auto series — and the games that make up this iconic trilogy — are as special to us as we know they are to fans around the world. The updated versions of these classic games did not launch in a state that meets our own standards of quality, or the standards our fans have come to expect.
We have ongoing plans to address the technical issues and to improve each game going forward. With each planned update, the games will reach the level of quality that they deserve to be.