The building is a large glass building located on the corner of Albany Avenue and Hematite Street in Easton, situated south of the FIB Building and east of Grand Easton Terminal.

The building is inaccessible to the player and has no appearances in the storyline. 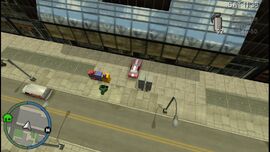