Rebecca Benhayon
“Oh, Luis, you always gotta act so tough. Just have a fucking line and chill out, like me. You people.”
— Gracie Ancelotti

Gracie was born to the Ancelotti family in 1977. Gracie tells Niko Bellic during his test drive of her Feltzer that: she was close to her father, but avoided his mafia friends. Giovanni also seems permissive of her party-girl behavior, as she is spoiled by him and she has freedom to date and go home with any man she pleases.

In 2003, she was arrested for being in possession of cocaine. During or after 2003, her father bought her a pink Feltzer and she befriended Tony Prince, also known as Gay Tony, who granted her a membership to Maisonette 9 as she had failed to get in before. The LCPD believe her not to be involved in running the family, however they were suspicious of her friendship with Tony. During The Ballad of Gay Tony, Gracie is seen with Tony, Evan and Rocco Pelosi taking substantial amounts of cocaine. When Luis takes Tony to deal with some business, Gracie calls him a buzz-killer.

In 2007, she was arrested for driving while intoxicated, which prompted her to sell the pink Feltzer within the year. The following year, Niko Bellic kidnapped Gracie for Patrick McReary of the Irish Mob, who held her hostage to extort Giovanni Ancelotti. Later, they discover Giovanni's friend Gay Tony has the missing diamonds, and decide to exchange her for them instead. It is unknown why Gerry McReary wanted to kidnap her in the first place as he will not get the money for the diamonds, although it could be hinted that Ancelotti had something to do with Gerry's imprisonment, or he just disliked Ancelotti.

Giovanni didn't believe them at first, thinking Gracie was at a man's house on a date, until they sent him a picture of her tied up and gagged in a chair. Giovanni then told Gay Tony and Luis Lopez to follow one of the kidnappers to find out where Gracie was being held. After Gracie was moved to a new location, Giovanni agreed to surrender the diamonds. Once again, he sent Tony and Luis to do the trade with Niko and Packie. Despite the deal being ambushed by Ray Bulgarin, Gracie was returned to safety, and she, Luis and Tony fled the scene, while Niko and Packie were left to fight off Bulgarin's men.

After several days had passed, Niko encountered her again standing in front of her house. She is under tight security and likely paranoid, but still feels comfortable enough to stand just outside. She also has a new car, a pearl-white Cognoscenti (it's notable that the car is not a convertible and is built to be chauffeured, adding to the theory that she feels too paranoid to be alone or in the open too long). She recognizes Niko walking in front of her house (even if he is wearing the balaclava). Niko, wanting to avoid any trouble, pretends to not know her but she sends her guards to attack him (named Anthony, Mark, Tony, Benny and Sal), so Niko kills them all. It is assumed after this experience, she possibly moved away to another area of Liberty City.


- Not believed to be directly involved in the family business but linked to many Capos and Underbosses. 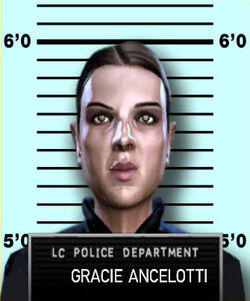 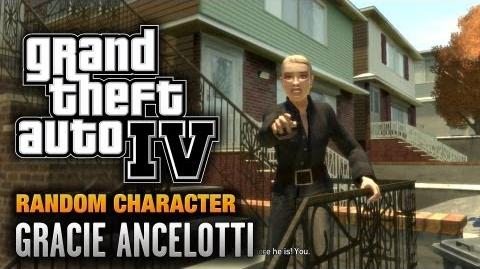 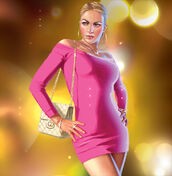 Gracie Ancelotti artwork in The Ballad of Gay Tony. 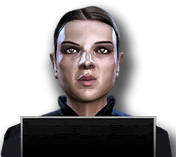 Gracie during her Random Character encounter. 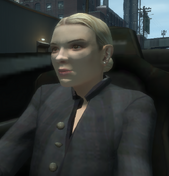 Gracie knocked out by Niko during the mission I'll Take Her, after bothering him many times during his driving.

Niko punches Gracie out of necessity since she was too much of a nuisance while kidnapping her.

Gracie during Ransom in GTA IV. 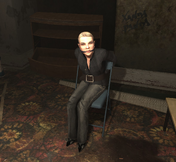 Gracie, tied up, ready for a picture in the mission Ransom.

Luis punches Gracie out of necessity since she was too much of a nuisance while retrieving her.

Gracie in The Ballad of Gay Tony.

Pink Feltzer from I'll Take Her.