Victor Vance: "...You've cut your Colonel's coke to make a side profit."
Gonzalez: "Shhh... Vic, please... This is after all the land of opportunity."
—Gonzalez and Victor Vance in Grand Theft Auto: Vice City Stories.

Gonzalez was born in Colombia. At an unknown time Gonzalez and Colonel Juan Cortez became friends and allies, both gaining entry and diplomatic immunity to the United States, both settling in Vice City, with Gonzalez moving to the city first.

Gonzalez becomes Cortez's right hand, although in 1984 he is shown to be stealing some of Cortez' cocaine to make a small profit for himself. He later allies himself with Victor Vance, after testing him through a game of golf, asking Victor to transport some cocaine, which was almost stolen by others looking for a profit. Gonzalez later has a number of meetings with Ricardo Diaz, who also employs Victor, who is aware of his actions behind Cortez' back. He later blackmails Gonzalez into giving him secrets about Cortez' drug shipments, as Diaz plans on becoming the city's drug baron, and in return he agrees to spare his life. Gonzalez later manages to flee the city, catching a flight from Escobar International Airport, although he is attacked by the Sharks.

Gonzalez: "I pay you double, Tommy, DOUBLE!"
Tommy Vercetti: "Quit your squealing, no one cares, fatso!"
—Tommy Vercetti chasing Gonzalez with a chainsaw.

At some point between 1984 and 1986 Gonzalez moves back to the city alongside Cortez. The Vice City Bureau of Investigation (VCBI), already aware of his former underground work, see him as a way to learn more about Cortez' operation, and are suspicious of his relations with Diaz. He later informs Ricardo Diaz of a planned drug deal between the Vance Crime Family and the Forelli Family, which is ambushed by Diaz' men. Cortez, seemingly aware of Gonzalez' treachery, begins to look into the ambushed drug deal, that he had helped to set up, and looks closely at Gonzalez. Cortez discovers his secret business relationship with Diaz, even openly suggesting to Tommy Vercetti that Diaz may have been involved in the ambushed drug deal, although he doesn't accuse Diaz. Cortez has the 'incompetent' Gonzalez killed by Vercetti, who had been present at the ambushed drug deal. Gonzalez was killed whilst fleeing his penthouse in Vice Point. His killing attracts the attention of the VCPD, due to Gonzalez having diplomatic immunity, although Tommy manages to escape.

He also told Diaz to cover his own tracks because Cortez was looking into the ambushed deal. 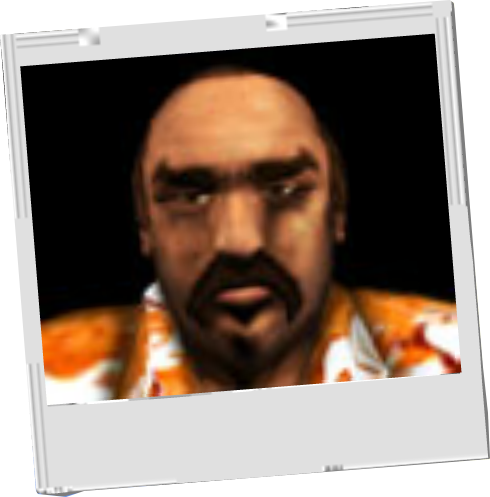 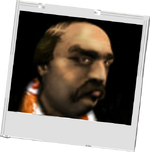 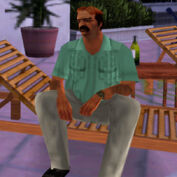 Gonzalez and his goons.

Gonzalez on his penthouse.