Joel Jones
“I think I'm in the mood for some luvin'.”
— Giovanni Casa

Casa runs one of Liberty City's most famous Italian delis, Deli-rium Delicatessen. He has caught the eye of Ma Cipriani with his special spicy Sicilian sausage. Giovanni is a tough talker, but when it comes time to back it up, he reverts to his true cowardly self. In addition, he is secretly interested in infantilism in which Toni takes a picture of him in a diaper.

Nothing would please Toni more than showing his beloved Ma what Giovanni is really like. Toni tries everything, including taking pictures of a diaper-wearing Casa picking up hookers, but Ma refuses to believe that Casa is worse than her son. Only when Casa stops paying protection money does Ma despise him. Toni kills Casa for not paying up by beating him to death with a fire axe at a sawmill, mutilating his corpse using a saw grinder, then delivering the chopped corpse back to his own deli, disguised as meat for cooking which impresses one of his employees there who said Casa will go crazy if he finds out about it, but this still does not please Ma, who says that Toni's father would have killed Casa long before Toni decided to. 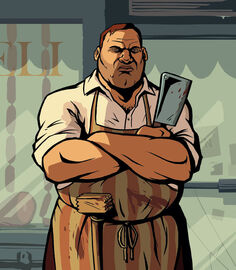 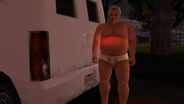 Giovanni Casa dressed as a baby during "Snappy Dresser". 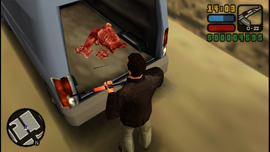 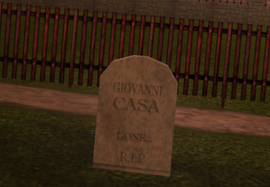