View source
watch 02:56
Raise a Floppa - The Loop
Do you like this video?
Play Sound
Not to be confused with The Getaway, a mission in GTA III.

Getaway is the final mission in Grand Theft Auto Advance given to protagonist Mike by Vinnie from Chinatown, Portland, Liberty City.

Mike drives to Chinatown looking for Vinnie, so the two can finally leave Liberty City. He is then paged by Vinnie, saying that there is a change of plans and to meet him at the Greasy Joe's restaurant in Callahan Point. Mike drives to the restaurant where he sees Vinnie's car explode. The police arrive, having been informed about the explosion, and Mike decides to head to Pay 'n' Spray and return to his hideout. He is then paged by 8-Ball, who informs Mike that the police are at his hideout and says that Mike should come to his home after he loses the police. Mike loses the police and drives to 8-Ball's. 8-Ball informs him that he will be investigating Vinnie's death by looking at what is left of Vinnie's car, primarily to see who is making bombs on his patch, and will page Mike when he finds something. 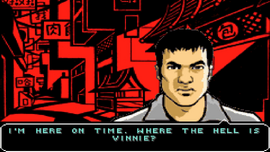 Mike goes to Chinatown to meet Vinnie, but he isn't there. 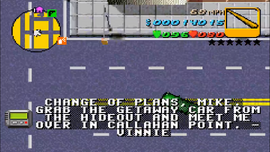 Vinnie messages Mike telling him to grab the getaway car from the hideout and meet him at the diner in Callahan Point. 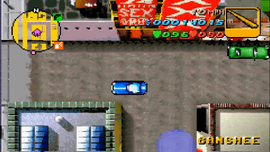 Getting the getaway car. 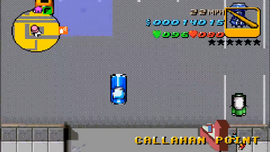 Arriving at the diner. 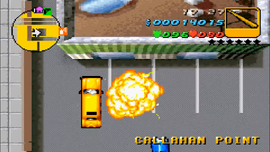 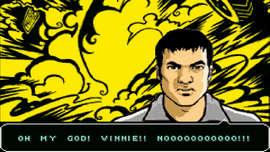 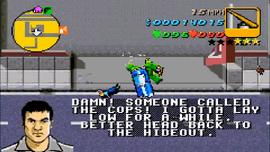 The player needs to lose the wanted level. 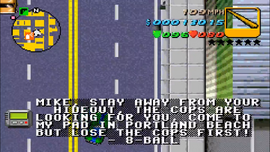 8-Ball messages Mike telling him to stay away from the hideout, as the cops are looking for him there. He asks Mike to come to his shop in Portland Beach after he loses the cops. 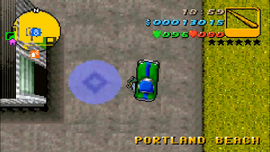 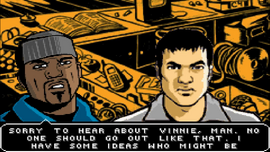 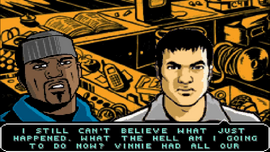 Mike tells 8-Ball that Vinnie had all of their money in the car. 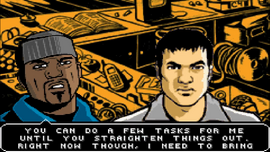 8-Ball asks him to do a few tasks for him until he straightens things out. 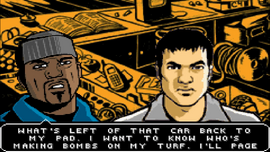 8-Ball will get what's left of Vinnie's car to know who is making bombs in his turf. 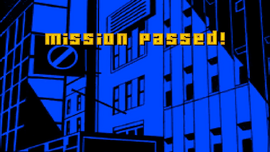 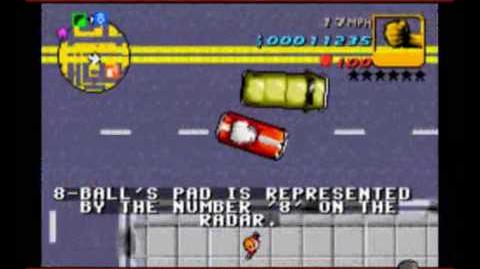