• ­Enter the Bulldog in south Tellberg

• ­Steal the Challenger in west Kings

• ­Drive to Lafferty's to lose the wanted level

• ­Drive to Dalgetti's in north Kings

• ­Answer the payphone in southeast Estoria

• ­Answer another payphone in southeast Kings

• ­Drive back to Dalgetti's garage to drop off the car

Gangsta Bang - Bulldog is a vehicle side mission in Grand Theft Auto during the Liberty City level Gangsta Bang (Level 1).

Getting into the silver Bulldog in south Tellberg starts this mission. There is a car in west Kings that needs to disappear. Once the player steals it, they will obtain a maximum wanted level, however, they are told to head to Lafferty's place in nearby South Kings, where it will be removed. The car then needs to be dropped off at Dalgetti's garage in north Kings, but once the player gets there, Dalgetti will not take it and the player realizes that their mobile is being monitored. They are then told to answer a payphone in southeast Estoria (the dialogue says northeast Kings, however) and then another phone in southeast Kings. They will receive a call saying Dalgetti was taken care of, so then the player can finally drop it off at the garage in north Kings.

The player is awarded 55,000 points (55,000 x Score Multiplier) and a +1 increase of score multiplier for successfully completing the mission. 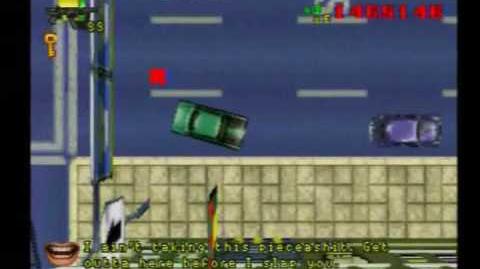 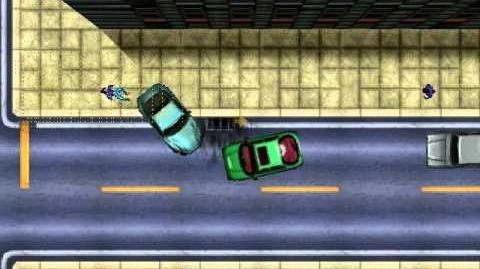 Retrieved from "https://gta.fandom.com/wiki/Gangsta_Bang_-_Bulldog?oldid=1238836"
Community content is available under CC-BY-SA unless otherwise noted.