A Gang Attack being activated.

Gang Attacks are a type of side mission in Grand Theft Auto Online. They are found and played within all Free Mode session types.

Gang Attacks are unlocked at rank 18 via an introductory phone call from Martin Madrazo, in which he requests that the player wipe out his enemies in their hideouts, and encourages the player to keep whatever loot is found.

“Hello, my name is Martin Madrazo. We have not met, but I feel we will be great friends. Either that or terrible enemies and I shall feed my dogs with your entrails. We both hope it is the former... Anyway, although I am a kind and generous man, some people have interpreted my kindness for weakness and now they must pay. What kind of a scum insults a kind man? The kind of scum you will kill. I want you to seek them out at their hideouts across Los Santos and wipe them out. You can keep whatever you may find there as payment. I hear it might be quite profitable. Adios amigo.”
There are various Gang Attack locations across the city. They are marked by a red area on your Radar. Enter the area and attack the gangs to trigger. There are crates around with rewards inside.

On the radar, there will be a large red circle encompassing a certain location at certain times of the day. Each Gang Attack zone is only active between one of the following times:

In the Enhanced Version, if the player is undertaking any Freemode Events or engaged in Free Mode Business (Organization Work, Biker Business, Smuggling, Gunrunning etc) with an active objective, the Gang Attack zones will not appear.

If the player walks into the middle of the red circle, enemies will come towards the player and if the player pulls out a firearm and starts shooting, the Gang Attack will be triggered. This can be noticed easily as the blips on the radar will disappear, indicating a Gang Attack will occur. Some attack zones have a more sensitive trigger event and simply walking into the edge of the zone will be sufficient to start the attack. Sandy Shores Airfield and McKenzie Field Hangar events (both since removed from the game) were prime examples of this.

The player must defeat several enemies, usually 15, in order to complete the Gang Attack. There can be as few as 10 and as many as 30 enemies. A counter will appear in the lower right corner of the HUD to show how many enemies there are.

Enemy strength and weapon loadout will depend on the rank of the player that initiated the Gang Attack, so a player over rank 120 will result in enemies spawning with heavy weapons including the Minigun.

During a Gang Attack, there will be several supply crates located around the area. These crates contain weapons and ammo, snacks that restore health, and usually $500 per crate. The number of crates will usually be relative to the number of enemies in the attack. This is useful for players if they need supplies quickly during the battle. Some crates contain weapons that unlock at high level, particularly the Combat MG and Carbine Rifle and the player will be able to collect and keep these for the duration of the current Free Mode session only. Shooting at a crate can also trigger the attack if no enemies are immediately visible at the start.

Players involved in a Gang Attack will still appear on other players' Free Mode radar, however their icons will turn completely white (regardless of their current Mental State status) and they will not be able to be killed by other players until the Gang Attack event is concluded. Some attacks (notably the LSIA warehouses) will result in LSPD interference and a wanted level. The police attending will be hostile to the player and the NPC enemies, resulting in a 3-way shootout.

The player is free to leave the Gang Attack zone during the event and will receive an on-screen warning that they are leaving the area. There is no penalty for leaving, however the RP will be forfeited and all items in the zone will de-spawn and the zone will then be unavailable until the next time cycle.

Gang Attack events can be replayed as often as wanted, however upon completion of each attack zone, the area will be marked with a green tick icon so the player can keep track of which ones they have already completed. Freshly completed zones will not re-activate with a red circle until the next start time is due (up to 18 hours in game time).

Until the player completes a Gang Attack, they will also receive a 'reminder' about that too.

“I asked for your help in dealing with some gangs and you do nothing!”

There are many types of enemies fought in Gang Attacks; these range from the Los Santos Vagos gangsters to the Merryweather Security mercenaries. Some attacks may have randomly generated NPC enemies, while many others will always have the same group to defeat.

The Varrios Los Aztecas and Kkangpae are gangs that have never taken part in these Gang Attacks.

Defeating the same gang in 5 Gang Attacks during one session may result in a gang leader sending the player a threatening text message and placing a random value bounty on them. A player who already has a bounty (either from an NPC or applied by another player) on completion of the fifth attack will not get the message and bounty afterwards.

The sender and message will vary depending on the enemies defeated:

After completing all available Gang Attacks, Martin will no longer angrily call the Protagonist.

Upon completion of the Gang Attack, the player will gain 500 RP. If there are other players in the Gang Attack, the RP will be increased. The RP can be increased if the player obtains more headshots or point blank kills during the battle. When a Gang Attack is over, money and weapons from the crates will be left behind for a short period to allow collection, collecting all of which should equal between $1,000 and $2,500 plus whatever petty cash the killed enemies have dropped.

In total, there have been over 50 Gang Attacks located throughout San Andreas.

Loot in a crate.

A previously completed attack ticked on the player's Radar.

The Boss of The Professionals issuing a threat. 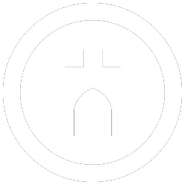 Icon can be found in the games files. Icon is used in King of the Castle.