View source
watch 02:34
Fire Emblem Warriors: Three Hopes - The Loop
Do you like this video?
Play Sound
For the robbery mini-heist missions in the Los Santos Tuners update, see Contracts.

The Contract is a content update for Grand Theft Auto Online, released on December 15, 2021.

“Introducing The Contract, a New GTA Online Story Featuring Franklin Clinton and Friends. Get Ready for a New Adventure with Dr. Dre, Plus New Music, and Much More Coming December 15.”
— Rockstar Newswire.
“In the years since he and his accomplices knocked over the Union Depository, renowned Los Santos hustler Franklin Clinton has been making moves of his own.
Welcome to F. Clinton and Partner, a new “celebrity solutions agency” catering to the Vinewood elite in need of solutions to high-society problems.
Franklin needs two things: a reliable partner and a big-ticket, high-profile client. With your longtime LS contact — and newly aspiring cannabis entrepreneur — Lamar Davis making the connection, you can be the partner that helps Franklin take the business to the next level.
Meanwhile on the other side of the city, DJ Pooh has been reaching out to Franklin about an exciting potential client: his close friend, Dr. Dre.
Lost in the shuffle on his way to Cayo Perico last year, it turns out Dr. Dre’s phone isn’t just missing — it’s in the wrong hands. Not only that, but the phone also contains the hottest property in the city: new, unreleased music from Dr. Dre himself. This could be the big break your agency needs.
Get ready for a wild and hilarious ride through Los Santos, from the mean streets of Franklin’s old neighborhood to the hottest parties in the city, from debaucherous mansions to the offices of the FIB and everywhere in between as you join Franklin, expert hacker Imani, Chop the Dog, and crew to secure Dr. Dre’s precious tracks and return them to their rightful owner.”
— Rockstar Newswire.

“Stay tuned to the Rockstar Newswire in the coming days for more info on The Contract, arriving December 15 to GTA Online — including details of an eclectic new radio station from some very special guest hosts, huge first-of-their-kind updates to existing radio stations including a ton of new and unreleased exclusive tracks from Dr. Dre and a heavy-hitting line-up of artists, plus additional opportunities for agency work including choice hits for players willing to get their hands dirty, plus new weapons, vehicles, and much more.”
— Rockstar Newswire.

Purchasing an Agency location is required to run the F. Clinton and Partner celebrity problem-solving agency in partnership with Franklin Clinton.

Agencies can be purchased in one of four locations:

A room where weapons can be purchased and customized at a discounted price, as well as Mk II conversions, Body Armor and Parachutes. Also contains a weapon locker.

A personal workshop that works similarly to the mod shops from selected properties, but features unique modifications for selected vehicles of the same update, such as armor plating, mounted machine guns and exclusive Imani Tech that allows either remote control or missile lock-on jammers.

“Stay tuned to the Rockstar Newswire for the latest on GTA Online: The Contract, including details on the new music studio, where you can get a rare look into Dr. Dre’s creative process at the new Record A Studios as you, Franklin and crew help to track down brand new unreleased music.”
— Rockstar Newswire

A social space occupying part of the Mors Mutual Insurance building in Rockford Hills, including a new rooftop bar area.

Players can gather and watch the creative process with Dr. Dre and Anderson.Paak.

“F. Clinton & Partner is new to the scene, and you’ll need to pick up Security Contracts for clients in need to gain experience and credibility. Recover valuables and vehicles, conduct daring rescue operations, defend high-value assets, and more.”
— Rockstar Newswire.

A series of Free Mode jobs given by Franklin Clinton for the high-value clients of F. Clinton and Partner.

“On the streets of Los Santos, Dr. Dre’s stolen phone is the talk of the town — word is the device is loaded with never-before-heard music from Dr. Dre’s as-yet unreleased work, which you’ll need to track down before it leaks to the world. This could make or break your Agency, and you’ll be the one getting your hands dirty.
The main job requiring the retrieval of the A-List customer, Dr. Dre's phone. As you make headway with the investigation, you’ll discover new songs from the six-time Grammy Award-winning hip-hop legend, all premiering exclusively within this massive update to GTA Online.”
— Rockstar Newswire.

The main job requiring the investigation of leads and hints for the retrieval of the A-List customer, Dr. Dre's phone.

“After completing a few Security Contracts, Franklin will reveal the Agency’s dirtier work in Payphone Hits — off-the-books, street-level assassinations with bonuses paid out for following specific instructions. These assignments demand a low-profile — you’ll pick up the details by answering payphones around Los Santos.”
— Rockstar Newswire.

A series of drug-induced "out-of-body experiences" for two players, playing as Franklin and Lamar Davis.

“Double Down — a new cooperative Adversary Mode where you can play as Franklin and Lamar surviving a brutal onslaught in close confines — is available to play now in GTA Online. Work together and use the arsenal of weapons at your fingertips to dispose of the attackers blasting at you with Double Barrel Shotguns. Then, flip the switch and try your hand at attacking the duo as they desperately defend their turf.”
— Rockstar Newswire.

A new Siege Mentality-like Adversary Mode featuring Franklin and Lamar as playable characters, Double Down, was added during the Double Down Week event, with seven maps:

“An all-new station, MOTOMAMI Los Santos hosted by ROSALÍA and longtime Rockstar collaborator Arca, plays everything from artists such as Caroline Polachek to Daddy Yankee, Mr. Fingers, and Aventura, as well as ROSALÍA's first single from her forthcoming MOTOMAMI album, “LA FAMA” with The Weeknd, tracks from Arca, and an exclusive song from Bad Gyal produced by The Music Locker’s own Keinemusik, and much more.”
— Rockstar Newswire

Hosted by ROSALÍA and Arca.

First-of-their-kind updates to existing radio stations including a ton of new and unreleased exclusive tracks from Dr. Dre and a heavy-hitting line-up of artists.

“On West Coast Classics, DJ Pooh pays tribute to Dr. Dre’s illustrious career with “Dre Day” — a takeover featuring classic Dr. Dre cuts such as “The Next Episode,” and his work with legends such as 2Pac, Snoop Dogg, Mary J. Blige, Blackstreet, Ice Cube, Nas, and JAY-Z, alongside call-ins from some of Dre’s friends and collaborators.”
— Rockstar Newswire

“In addition to the new track hitting the radio, a new Nez house banger also featured on the EP, “You Wanna” can be found on an official CircoLoco Records USB collectible, in addition to second USB featuring “Let’s Get it.” The EP’s third track, “Freaks” by Nez featuring Moodymann and Gangsta Boo is featured in “Kenny’s Backyard Boogie Mix” of last summer’s Los Santos Tuners update. All three tracks can be heard exclusively within GTA Online until the EP releases on CircoLoco Records early in the new year.”
— Rockstar Newswire

Three new Media Sticks can be collected to add to the Media Player.

17 vehicles are added in this update:

“And West Coast legend Dam Funk provides the score with his fresh take on the classic g-funk sound for Los Santos, all debuting as part of the latest story within GTA Online, The Contract.”
— Rockstar Newswire

“Alongside all the new additions with The Contract, you can also take advantage of weekly event bonuses and discounts in GTA Online. Visit the Lucky Wheel and LS Car Meet to see the latest prizes and contests, earn 2X GTA$ and RP on Transform Races, Weed Killer, and Welcoming Party. Plus, all who play GTA Online this week will receive the Radio Los Santos Tee, free of charge, to celebrate the legacy of LS’ long-running hip-hop radio station.
As you complete each of the missions within Dr. Dre’s Contract, look out for first-time completion cash bonuses of varying amounts. Plus, completing three Security Contracts between now and December 22 will earn you a tidy GTA$200K one-time bonus, available within 72 hours of completion.”
— Newswire

Dr. Dre standing in front of an unannounced vehicle.

Dr. Dre and DJ Pooh in the studio. 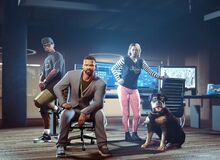 Franklin Clinton, Lamar Davis, Imani, and a much older Chop. 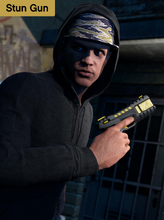 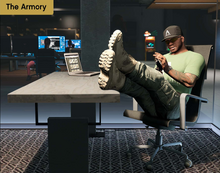 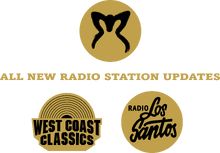 Reception of the Agency.

Garage interior with several new vehicles including the Champion.

Imani the hacker at her dedicated computer station.

Party at the studio, with Jimmy Iovine present.

A party at the Richman Mansion with several new vehicles.

A convertible version of the Comet S2.

Vagos with a Peyote Custom, Faction Custom and Tornado Custom.

Ballas with a Minivan Custom.

The Families, with a Buccaneer, Manana and Tornado.

Secondary artwork of the recording studio. 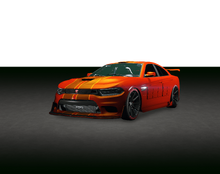 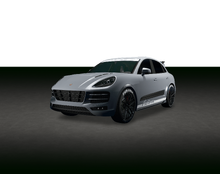 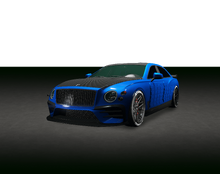 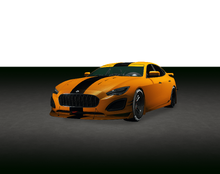 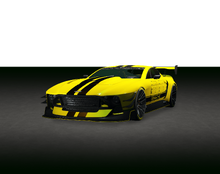 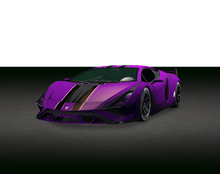 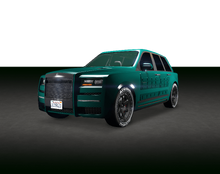 Dr. Dre, Anderson.Paak and Lola Romero working on ETA, the song used in the first trailer. 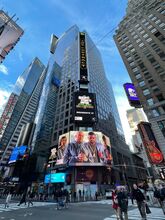 A large advertisement for the update seen in Times Square.