“On July 20, the underground tuner scene in Los Santos roars to life with the launch of GTA Online: Los Santos Tuners. In addition to a ton of action-packed, Tuner-based missions and races, this update introduces the LS Car Meet, a gigantic, shared social space where you and your cherished personal vehicle can mingle freely with fellow car fans to race, show off your customized vehicles, and even link up with shady contacts looking for skilled drivers and a chance at easy money.”

“To get started, you’ll need to visit a non-descript, graffitied warehouse on the edge of town in Cypress Flats — listen close and the sound of engines revving might give it away, or look for the makeshift finish line on the road outside. Inside, the LS Car Meet has a “good vibes only” policy, making it a great place to skip the attention of the law and any small-time chumps looking to terrorize the citizens of greater Los Santos. Park your attitude (and your weaponized vehicles) at the door and share your love of car culture with some like-minded personalities. Here, you’ll find countless ways to immerse yourself in the beating heart of the scene, show off prized personal vehicles from your collection or check out everybody else’s.”

Moodymann, Hao and many other known mechanics including Benny, appear in the underground meet along with a host of new characters where players can meet up safe from Free Mode dangers to show off their vehicles and interact.

Every week, a prize vehicle will be on display on the back of a Slamtruck in the Car Meet. Varying challenges will be set for players to achieve in order to win the prize car for free. These challenges may take several days to complete.

“In the underground world of the Car Meet, Reputation is a valuable commodity. Earn Rep by participating in (and winning) races, daily log in bonuses, putting in time on the Test Track, and even just hanging out at the Car Meet.
Earning Rep gets you an assortment of rewards to elevate your status in the scene — these include unlocking access to all sorts of fashionable gear, flashy new car customization options like new wheels and liveries, as well as Trade Prices on certain vehicles, access to new Race modes, and even the ability to hold your own private Car Meet.”

Players can take over the arena for a private session for an additional $50,000 fee, once they have achieved Reputation Level 20.

“Los Santos Tuners introduces new races inside and outside the Car Meet, each with their own Leaderboards. On the Test Track, you can engage in friendly competitions like Head-to-Head where speed and precision will give you the necessary advantage to best your opponent in a short format race, and Scramble where up to four players race to collect 20 checkpoints. Time Trials around the Test Track give you the chance to put your vehicles through their paces and score your own Personal Record. Up to 30 players will share the track space with you, but contact will be disabled while competing, and members can also go into Private Test Tracks solo. Off the Test Track and throughout the city, there are also new race series for members: Street Race Series and Pursuit Series.
The Street Race Series delivers exactly what it says on the can: bruising competition on creative tracks built on the streets of some of Los Santos’ most scenic neighborhoods, complete with shortcuts that are as much about risk as they are reward. The Pursuit Series offers drivers a more open-ended experience, with checkpoints placed sparsely throughout the map to encourage creative routes — after all, you’ll be competing against your fellow racers, as well as having LSPD’s finest hot on your heels. Meanwhile, Sprint offers a point to point challenge in Freemode with up to three other drivers in a breakneck race from the LS Car Meet out to various locations like LSIA and back.”

The Meet building is home to a vast indoor test track. Players can access the track as a shared space with other players or opt to have an instanced session to themselves. Players can access with their own Personal Vehicles or one of a rotating set of three Test cars parked near the entry. While inside, players are free to drive around and three race options are available from the interaction menu:

Accessible from the Corona, Pause Menu map, Jobs menu, or from the Race Organizer inside the LSCM, there are seven different lap Races for 2-8 players. These races include several allowable marked shortcuts, often providing a trickier section to navigate, allowing slower, more agile vehicles to catch higher powered vehicles. They are locked to vehicles added in this update.

Accessible from the Corona, Pause Menu map, Jobs menu, or from the Race Organizer inside the LSCM (only after reaching Reputation Level 5), there are seven different point-to-point Races for 4-16 players while wanted by the Cops. They are locked to vehicles added in this update.

As part of the update, new Auto Shops are available at 5 Los Santos based locations from Maze Bank Foreclosures. Purchasing an Auto Shop allows the player to run legitimate business operations as well as use it as a base for Robbery Contracts.

Players will occasionally be tasked with repairing and modifying customer cars to their requested specification. Players can then choose to deliver the modified car back to the customer themselves or send hired staff to do the delivery for them to earn rewards.

After completing a Contract, players can find a list of Exotic Exports vehicles on a chalkboard on the upper floor of the Auto Shop. Players must steal the cars listed.

Moodymann returns with his new girlfriend, Sessanta, as the bosses of new robbery missions. Contracts are similar to Heists, however these are smaller in scale and return smaller payouts.

A new ‘Favorite Radio Stations’ option has been added to the Interaction Menu in GTA Online. This allows players to favorite radio stations which then only populate the radio wheel.

There is a new Media Player on the Radio Station wheel, which is populated with music by finding Media Sticks around Los Santos. 4 CircoLoco Records EPs and one Moodymann personal mix can be found. The tracklist includes songs from Monday Dreamin’, the debut compilation album from said record label. [1]

There are 17 new cars in total over the course of the summer, with eleven immediately usable. Ten are available to purchase at launch on July 20 and one other vehicle is immediately accessible to try out on the Test Track before being made available for purchase a week later.

The Car Meet area includes an open Modding Area similar to other vehicle customization garages, except other players in the meet will be able to watch the customization process in real time.

Some modifications will only be available in the expanded and enhanced version on PlayStation 5 and Xbox Series X/S in March 2022.

A new Merch Shop is available in the car meet area. Its stock of over 170 items is exclusive to this shop, and all items must be unlocked by Reputation Level before the player can purchase them. 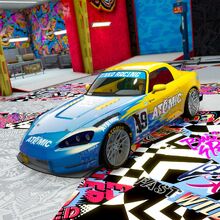 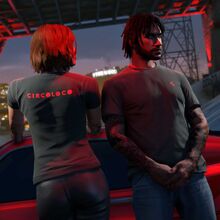 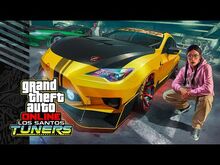 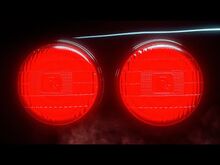 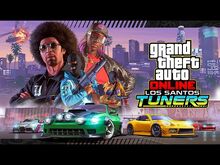 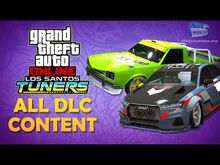