“Dotted throughout Blaine County are hatches look into these mysterious properties on the Maze Bank Foreclosure site and you’ll find sprawling underground headquarters for sale, ready to be stocked with new military grade vehicles and weapons manufacturing equipment capable of developing highly sought after offensive and defensive technologies. As the residents of Los Santos know, the only thing more fun than crime is profit and should you choose to invest in this new business, some extremely shady customers are ready to pay top dollar for what you can deliver.

The update focuses on military business opportunities, where any player is able to purchase a Bunker and register as a VIP, CEO or MC President to begin arms trading missions, where research and manufacture is carried out on stolen or purchased supplies, before selling off the product for cash. The player is also able to purchase a Mobile Operations Center and conduct missions, modify vehicles and weapons, and store new vehicles inside it.

The Hauler Custom during the mission Cover Blown.

A Weaponized Tampa with armor upgrade.

The Oppressors leaving the Cargo Plane during the mission Work Dispute.

A squad of players armed with Mk II weapons and an APC in the background.

Agent 14 giving the keys of the bunker to the protagonist. 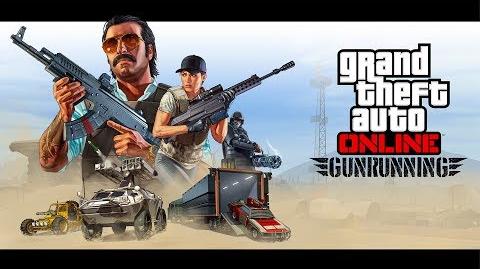 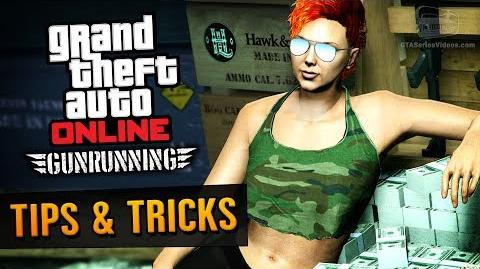 GTA Online Guide - How to Make Money with Gunrunning DLC