The update introduces Stunt Races to the world of GTA Online, involving large circuits, loops, rings of fire and hamster-like tubes for players to race through. Several vehicles were added, including new super cars, off-road vehicles and stunt motorcycles. To accommodate this, many racing and motocross themed clothing items are now available for purchase. A new Adversary Mode, Entourage, is available as well.

* denotes races added in continuation of the initial DLC release.

A view of Maze Bank Ascent, one of the many Stunt Races added in the update.

A BF400, airborne after jumping through a hoop on fire. 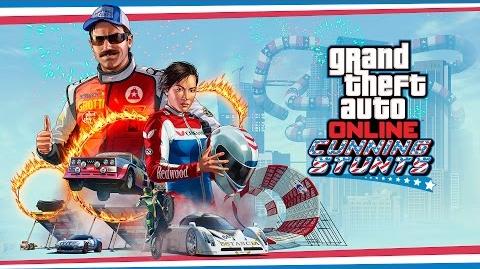 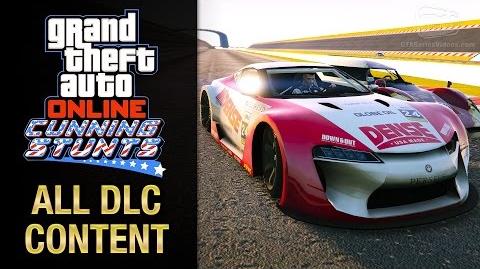