mpbiker
“Bikers, the next big addition to GTA Online, brings the eagerly-anticipated ability to form and lead your very own Motorcycle Club for up to 8 players. Bikers will introduce new roles to play from fresh Prospects to club Presidents with a massive slate of new competitive and co-op gameplay, along with a range of new motorcycles, properties that include MC Clubhouses with a special custom Biker mechanic, and venues for seedy business ventures. ”
— Rockstar Newswire description.

“Beyond a range of opportunities to climb the ranks within a gang and build lucrative businesses as a formidable MC, Bikers also includes a selection of appropriately-themed new modes for bikers of all kinds, along with new weapons, styles, tattoos and features to make this a huge addition to the world of GTA Online”
— Rockstar Newswire description.

This update, as the name suggests, introduces new motorcycles and allows the player the ability to run their own Motorcycle Club, in a similar form to The Lost MC in The Lost and Damned. Players can also purchase new Business properties to sell product and make a profit, similar to the Special Cargo Network from Further Adventures in Finance and Felony. Many new vehicles have been added, including several new chopper-style motorcycles and sports bikes. Various new weapons can be bought from Ammu-Nation, from compact guns to melee weapons. Also, hundreds of new clothing items are available, varying from half masks, biker helmets, and leather jackets.

Seven new weapons have been introduced, including assorted melee weapons[1]. 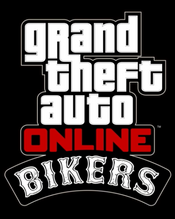 "Don't ride too close - melee while riding brings a new level of protection and attacks from bikes."

"Prospects must earn the President's respect to get promoted within the ranks."

"Bring your prospects on new MC missions for backup."

A photo of Lost MC member Terry Thorpe referenced as dead. Also seen here is a photo of the Benny's Original Motor Works logo, which is odd considering that the shop only modifies a few select cars and not bikes. 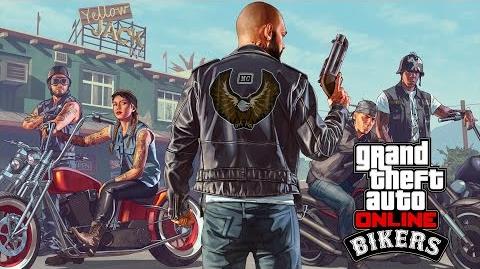 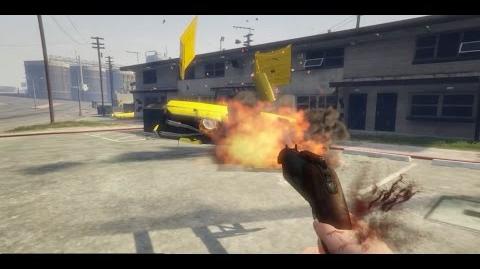 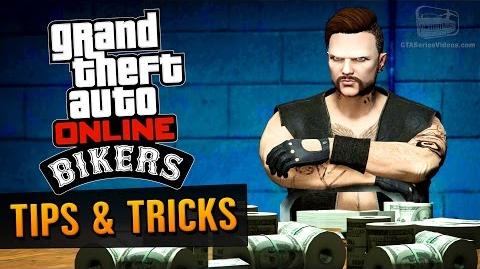 GTA Online Guide - How to Make Money with Bikers DLC 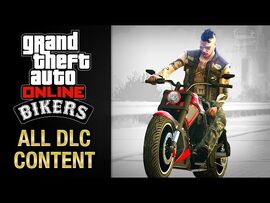