Be My Valentine Trailer Soundtrack

GTA Online: Be My Valentine

GTA Online: Be My Valentine is a content update for Grand Theft Auto Online, released through a minor patch on February 10, 2016.

This update added multiple new clothing options, as well as the new Roosevelt Valor, a more customizable variant of the Roosevelt. A new Adversary Mode, Til Death Do Us Part, was added as well. It also re-adds the items from the Valentine's Day Massacre Special on all platforms, including the Xbox 360 and PlayStation 3 versions.[1]

A weapon has been re-stocked:

Main article: Be My Valentine Event 2016 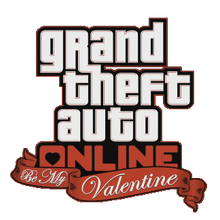 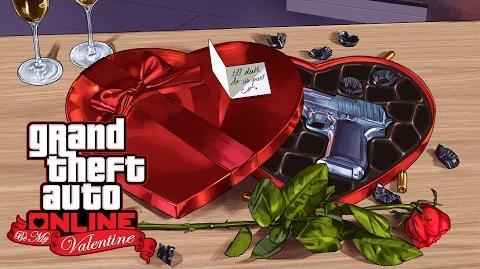 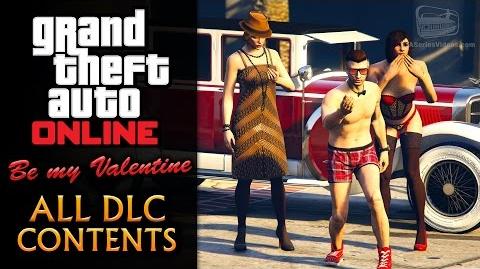 GTA Online Be My Valentine Update All DLC Contents