"A tractor shortage in Grapeseed leads to farmyard chaos. It's harvest time, and two rival gangs compete to bring a Fieldmaster tractor back to their bases. Farming is a deadly serious business in Blaine County."
―-Match description

GTA Field of Screams is a Capture GTA job featured in Grand Theft Auto Online. It is unlocked at Rank 8.

The capture takes place in the fields of Grapeseed, similar to Raid: FarmVillain. Vehicles and Weapons found are much the same as well.

The two bases are located at the two opposite poles, one at the northern most point of Grapeseed, and the other at the southern most part.

Vehicles are found all over the farms, most common vehicles are the Blazer and the Fieldmaster, the latter one is the main vehicle used to win the game, if they are brought back to your base.

Weapons are also found in the many fields of the town, weapons like Micro SMGs can be found most common, but other weapons such as the Pump Shotgun, MG and Crowbar are slightly rarer. 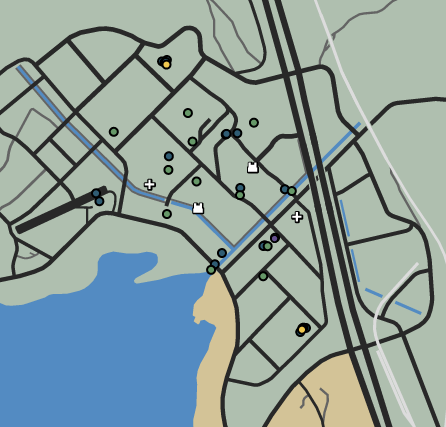 Retrieved from "https://gta.fandom.com/wiki/GTA:_Field_of_Screams?oldid=828814"
Community content is available under CC-BY-SA unless otherwise noted.