GTA Wiki
Register
Don't have an account?
Sign In
Advertisement
in: Gameplay, Features, Features in GTA IV,
and 10 more

View source
watch 01:54
Arcane: League of Legends - The Loop
Do you like this video?
Play Sound
This article refers to the waypoint feature in the HD Universe games and The Definitive Editions of the 3D Universe games.
For the small map in the HUD in most GTA games, see Radar.

The GPS/Satnav system functions by calculating the shortest legal route to a waypoint; as such, closed roads and alleyways are not taken into account, and may not be the most efficient route as far as the player is concerned - a route with many turns, for example, might be slower for players using sports cars that excel in driving down long, straight roads, even if the latter means more distance travelled.

While missions automatically plot waypoints, players may also enter their own waypoint by way of the city map in GTA IV, its episodes, GTA Chinatown Wars and GTA V (player-defined waypoints have been present since Grand Theft Auto: San Andreas). After a waypoint has been plotted, the route will be illustrated in both the map and the radar; yellow routes and waypoints are mission specific, while green (in GTA IV) or purple (in GTA V) routes and waypoints are player-defined. Waypoints in the middle of a body of water will not be routed. Waypoints are also crucial if the player needs to reach a specific location in a Taxi; players can select the waypoint's location as one of the taxi's destinations.

Certain luxurious cars in GTA IV may also come equipped with voiced GPS, being primarily capable of informing the player of the distance to their next turn. The system may utilize the voice of a woman or a man, but are generally similar in behavior. The audio menu offers the options "selected cars" (default), "off" and "on" for GPS speech (when "on" is chosen, all cars will have the voice feature). The two GPS Voices speak with different pronunciations; the female voice uses British English, while the male voice uses American English.

The voiced GPS system in GTA IV comes equipped in the following vehicles: 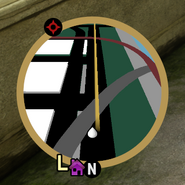 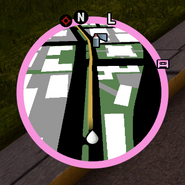 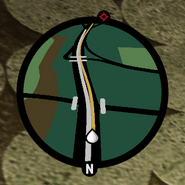 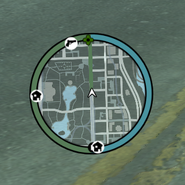 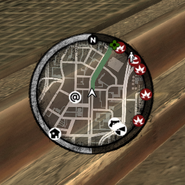 GPS waypoint in The Lost and Damned. 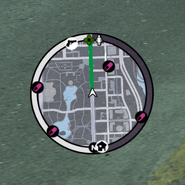 GPS waypoint in The Ballad of Gay Tony. 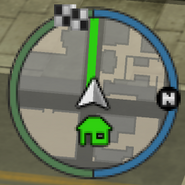 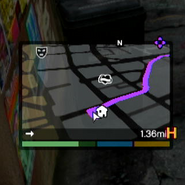 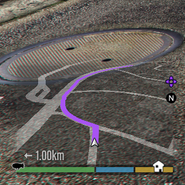 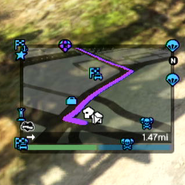 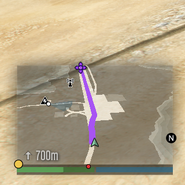