It is implied that the corpses are used in a nearby butchers shop called Carnicero Romero, as the shop has an arm, a brain, and a box reading "Human Organ - for transplant" on display in the shop window. This is further reinforced by the fact that the skeleton in the open grave behind Funeraria Romero has an arm missing. In the mission Two Bit Hit, Tommy must kill a Haitian warlord during the funeral of another Haitian. The warlord and other Haitian gang members are on the street, outside the shop.

The small interior of the shop. 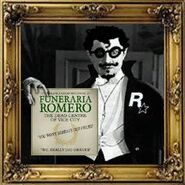 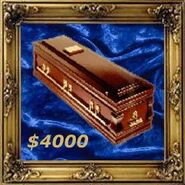 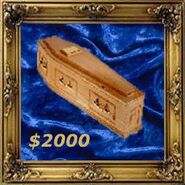 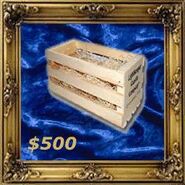 The open grave with a skeleton (GTA Vice City)

In GTA Vice City Stories, there are no graves.
Add a photo to this gallery

Retrieved from "https://gta.fandom.com/wiki/Funeraria_Romero?oldid=1128778"
Community content is available under CC-BY-SA unless otherwise noted.