In-game time
“Trevor sets off for Los Santos.”
— GTA V description at Rockstar Games Social Club
“So Michael, this is where dead men come back to life. It's been nearly ten years. Oh but you'll keep for another day or so, huh, old friend? You motherfucking fuck! I grieved for you! You weren't even fucking dead. You were my best friend. Well guess who's coming to shit on your doorstep you fuck!”
— Trevor Philips, to himself as he overlooks Los Santos.

Trevor comes home to his trailer and sees Wade Hebert coming up to him and apologizing, only for Trevor to punch Wade off his front porch and ask if he found Michael Townley. Wade tells Trevor that two "Michael Townleys" live in Los Santos, but neither matches Trevor's description (one is aged 83 and the other is at kindergarten). However, a man of the same age named Michael De Santa, who has two children and is married to a woman named Amanda, matches Trevor's description. Trevor "congratulates" Wade (by punching him again for "withholding information" from him), and tells Ron to take control of his business while he and Wade are in Los Santos. Trevor and Wade drive to Stab City, The Lost MC's trailer park, with Wade giving Trevor the weapons he asked for previously. Trevor sneaks around the trailer park, killing Lost MC members and planting several Sticky Bombs on the trailers. Once he has planted the bombs, he detonates them, destroying the trailer park. Trevor leaves the park and drives to Los Santos with Wade. When they reach Vinewood Hills, Trevor pulls over and climbs to the top of a hillside. Now overlooking the city, Trevor tells Michael that he is coming for him, before he and Wade drive to Vespucci Beach, where they take up residence in an apartment owned by Wade's cousin, Floyd, and his fiancée.

"A trailer park on the Southwest of the Alamo Sea has been destroyed in a series of explosions that could be heard as far away as Paleto Bay. 'Stab City', as it was unironically known, was a known biker gang stronghold and it is assumed that this was yet another revenge attack by rival drug gangs in the ever worsening drug wars that have been plaguing our region. When will this violence end? Can there be many more bikers left to kill at this point? Or will they just keep popping back up like weeds as we have seen so many times before?"

"Drug wars at the Alamo Sea continue to worsen. A series of explosions destroyed a trailer park in the Alamo Sea, leaving dozens dead in what appears were part of a deliberate attack. "Stab City", as the area was unfortunately called by locals, was a local biker gang hangout."

Trevor planting a sticky bomb on a trailer.

Trevor taking in the view.

Setting off to Floyd's apartment. 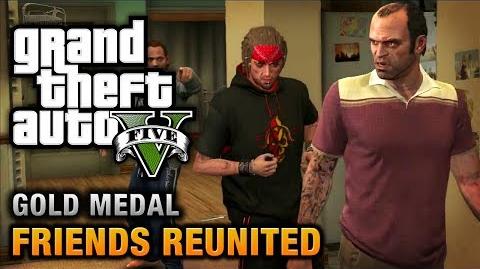 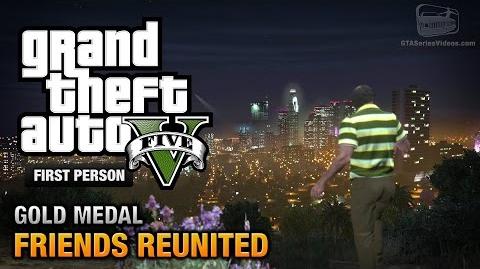 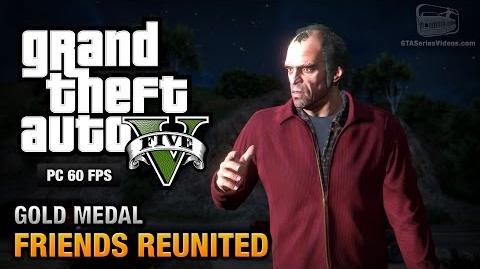