Doris: "Calling all cars, we're losing fares all over town. What's with you guys?"
Taxi Driver: "VC Cabs keep beating us to it. They've just got too many cars - we can't compete!"
Doris: "Mr. Vercetti, if you're out there listening in, you gotta put some VC Cabs out of action before we go bust!"
—Tommy Vercetti is asked to destroy the VC Cabs vehicles.

Friendly Rivalry is a mission in Grand Theft Auto: Vice City given to protagonist Tommy Vercetti by Doris from the Kaufman Cabs depot in Little Haiti, Vice City.

After taking a high class fare to the airport in the previous mission, Doris informs Tommy that due to the abundance of Vice City Cabs, Kaufman Cabs is losing business. Doris tells Tommy that he better do something before they lose business. Tommy then enters a Kaufman Cab, after given an Uzi, Tommy chases and destroys the three opposing VC cabs, completing the mission.

The reward for completing this mission is $2,000 and the mission Cabmaggedon is unlocked. 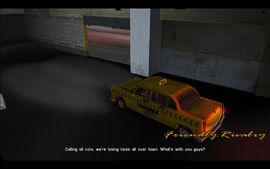 Tommy gets into the cabbie parked at the depot. Doris says that the company is losing fares all across the city and asks the drivers what's going on. 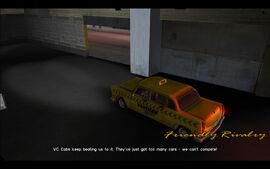 One of the drivers, Ted, responds saying that the VC Cabs company keeps beating them, because they have more cars. 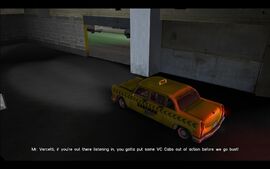 Doris then asks Tommy to take care of the VC Cabs cars if he can hear her. 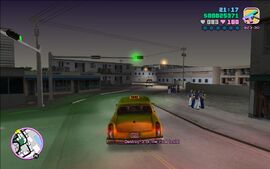 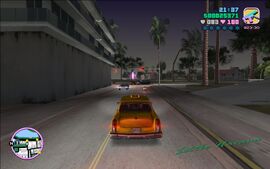 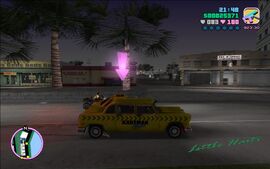 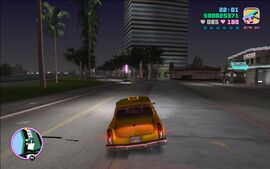 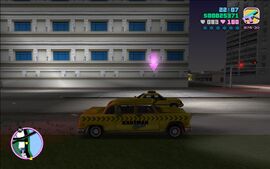 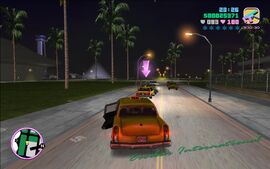 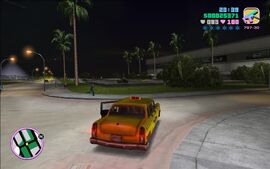 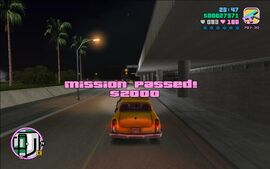