• ­Steal the plane in the hangar.

• ­The hitmen's flight is due to land soon, intercept the plane before it gets to Las Venturas.

• ­Get behind the plane and fly into the corona.

• ­Fly the plane back to the airport.

Fish in a Barrel

"The Forellis are sending over a crew to hit me. Their flight gets in soon. They're travelling as a string quartet! Ha ha! I was gonna send some of my boys over as a little welcoming committee, but maybe you can take care of it."
―Salvatore Leone

Freefall is a mission in Grand Theft Auto: San Andreas given to protagonist Carl Johnson by Leone Family Don Salvatore Leone from his office in Caligula's Palace, a casino located along The Strip in Las Venturas, San Andreas.

Salvatore is sitting in his office at Caligula's Casino while Maria appears and gives him the ordered sandwich. After a while Carl Johnson shows up and informs Salvatore about having worked with his son Joey Leone back in Liberty City and that he can do anything Salvatore wants from him. Carl is informed that a Shamal plane is arriving at the airport soon and it contains Forelli Family hitmen coming to kill Salvatore. Carl then makes his way to the Las Venturas Airport and steals a Dodo. He flies over to the Shamal and follows it. After staying behind Carl jumps out of his Dodo and gets in the Shamal plane, killing every Forelli inside as well as the pilot. He then flies the plane back to the airport, completing the mission.

The reward for completing this mission is $15,000 and an increase in respect. The mission High Noon is also unlocked if the mission Misappropriation is completed. 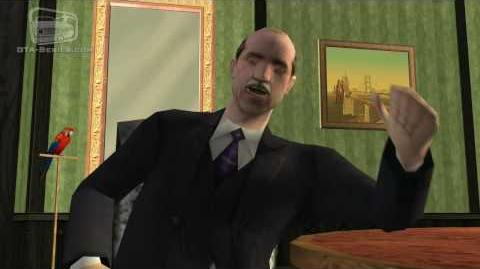 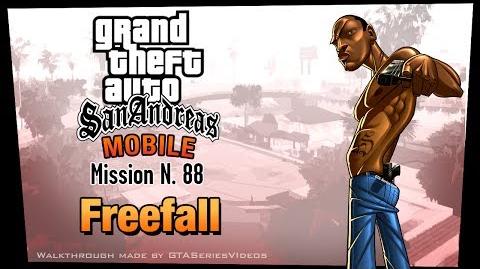 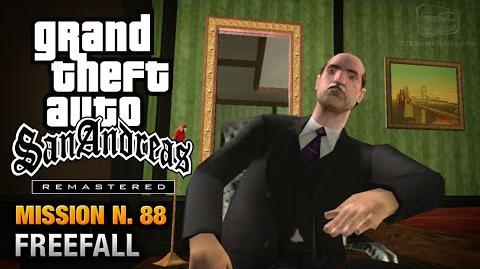 Retrieved from "https://gta.fandom.com/wiki/Freefall?oldid=1253892"
Community content is available under CC-BY-SA unless otherwise noted.