Avery Carrington: "Well, I need some tenacious bastard to let go of some dirt, and you look to me like the kind of guy to persuade him."
Tommy Vercetti: "Persuasion's my forte."
Avery Carrington: "Yeh, he'll be down at the country club, down on the golf course. They don't allow guns, so his bodyguards won't be packing lawgivers."
—Avery Carrington hires Tommy to kill a rival property developer.

Four Iron is the first mission in Grand Theft Auto: Vice City given to protagonist Tommy Vercetti by property developer Avery Carrington from his limo in his construction site in Vice Point, Vice City.

The reward for completing this mission is $500, Country Club Outfit is unlocked and the mission Demolition Man is unlocked. 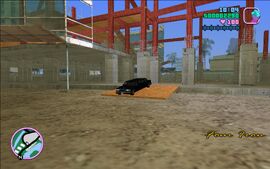 Tommy comes around to the construction site in Vice Point and sees a black limo riding down a ramp. 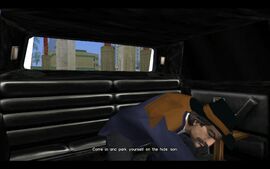 Avery greets Tommy and invites him to sit in the limo. 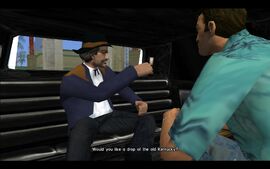 Avery offers some alcohol to Tommy before they start talking of business, but Tommy refuses. 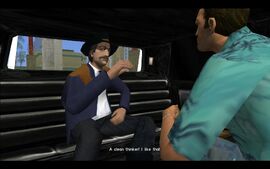 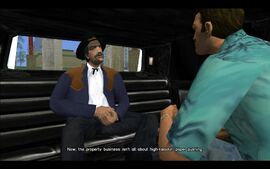 Avery goes on a rant about the construction business. He says that it's not about paperwork... 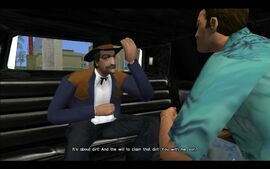 ...But about land and the extent to which one will go to get that land. 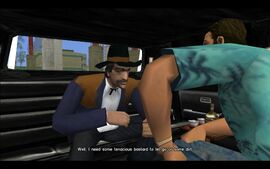 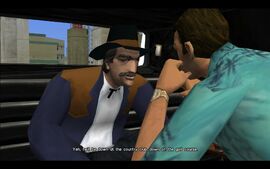 Avery informs Tommy that the rival developer could be found at the Leaf Links country club. 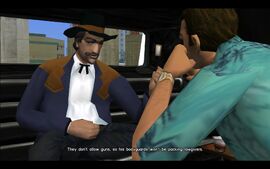 Avery also tells Tommy that any weapons carried will be taken, so the rival's security should be unarmed as well. 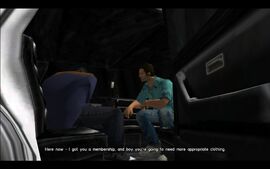 Avery gives Tommy a membership card and tells him to get some appropriate clothing from the Jocksport store in Vice Point. 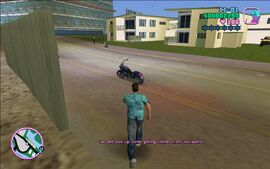 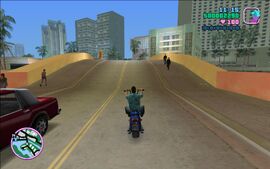 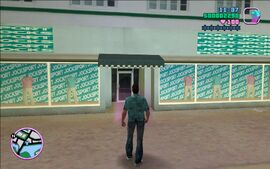 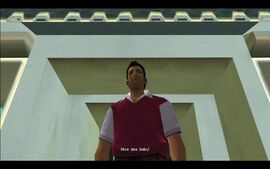 Tommy comes outside with a new outfit. 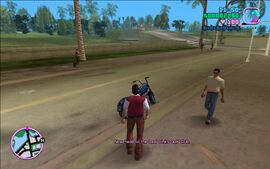 After getting appropriately outfitted, Tommy has to make his way to the country club and kill the rival developer. 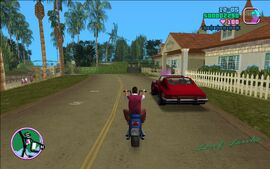 Tommy arriving at the country club. 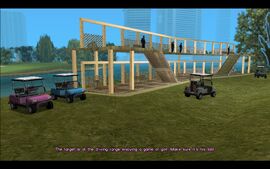 Tommy's target is playing a game of golf at the driving range. 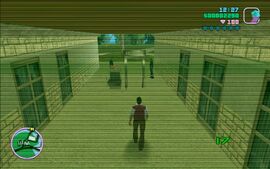 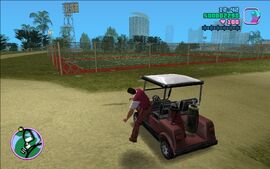 Tommy getting into a nearby Caddy. 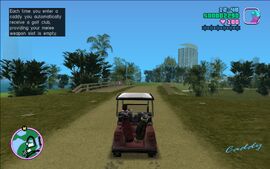 Tommy on his way to the target's location. 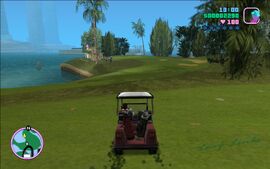 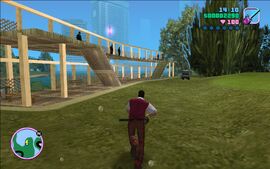 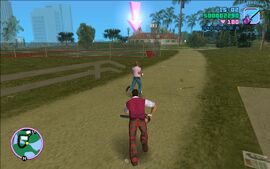 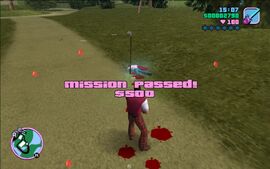 The property developer playing golf, with two bodyguards standing nearby.