The Fort Zancudo Colonel is a decorated serviceman of the U.S. Army, currently stationed at Fort Zancudo. He appears in the Fort Zancudo air traffic control tower at the very top floor. His appearance is randomised, though he is always decorated in medals. 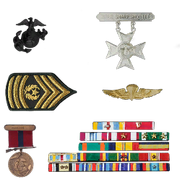 Decals of the original model. 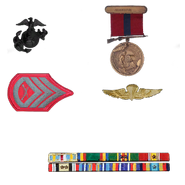 Alternate decals of the original model.

Cut model from the original game.

Decals of the alternate model seen in the enhanced version.

Rank insignia of the shoulders and cap.

The general seen in the San Andreas Flight School trailer.

Retrieved from "https://gta.fandom.com/wiki/Fort_Zancudo_Colonel?oldid=1209073"
Community content is available under CC-BY-SA unless otherwise noted.