GTA Wiki
Register
Don't have an account?
Sign In
Advertisement
in: Businesses, Missions, Missions in GTA Online,
and 13 more
English

View source
watch 02:52
Roblox: DeepWoken - The Loop
Do you like this video?
Play Sound
For the school in Grand Theft Auto: San Andreas, see Pilot School.

Like the Pilot School in Grand Theft Auto: San Andreas, the player will learn to fly airplanes, helicopters, and to perform skydiving. There are 12 lessons in total and for each one the player will be awarded with a different medal (gold, silver, or bronze), depending on how well the player completes the lesson. Mission failure will occur if the player destroys an aircraft, strays too far away from the course and enters an out-of-bounds area, or takes too long to complete the lesson. Unlike missions, these exercises do not have checkpoints or the skip option (after failing 3 times).

After completing all the lessons. Several aircraft will spawn scattered throughout the State of San Andreas. A Duster can be found parked on the cul-de-sac of the western edge of Marina Drive, Grand Senora Desert, near the shore of the Alamo Sea. It usually spawning in red.

Completing the lessons is necessary for 100% completion.

The player will unlock the Elitas T-shirt after completing all 10 lessons with at least a bronze medal, and will earn $18,600 if each lesson is completed with a gold medal. If the player's first completion of each of the 10 lessons earns a gold medal, they will receive a combined maximum total of 13,950 RP and $232,500, making Flight School one of the most potentially lucrative activities available online. However, it's counted as a normal contact mission and therefore players need to manually deposit their earnings.

The medals earned for completing each stage. 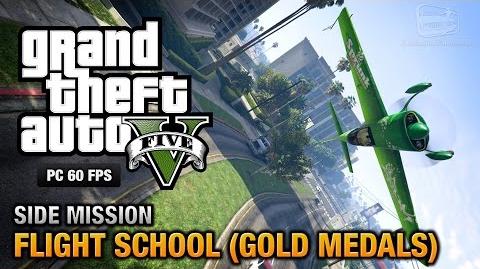 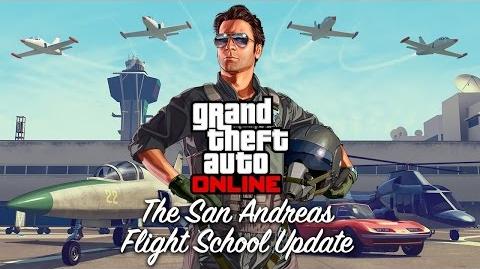 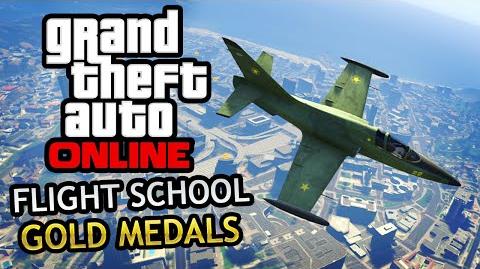