• ­Hurry. Get to the airport before Uri is moved away.

• ­Steal the ambulance that Uri is in.

• ­Uri has a heart condition. Be careful.

• ­Look out. The cops have been alerted.

• ­Park the ambulance in Zhou's lock-up.

"You owe me a pound of flesh, Uri, remember? And I fully intend to get to the 'heart' of the matter."
―Zhou Ming to Uri

Flatliner is a mission in Grand Theft Auto: Chinatown Wars, given to protagonist Huang Lee by club owner Zhou Ming. This mission also serves as the tutorial for the Paramedic minigame.

Zhou wants Huang to pick up an old friend of his called Uri from the airport, and his friend is on a medical release. But there are problems: Uri is a criminal and thus his ambulance is under LCPD protection.

The reward for this mission is $150. The mission Bomb Disposal is unlocked.

"Zhou's fucking crazy! He had me pick up an ex-colleague of his just so he could cut his heart out.

The guy's got issues!" 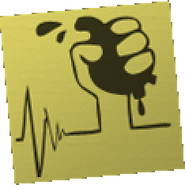 Flatliner
Add a photo to this gallery 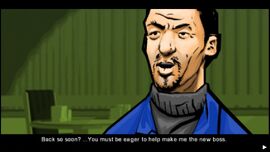 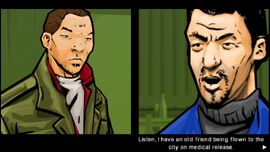 Zhou tell Huang that his friend Uri is coming to Liberty City by plane on medical release. 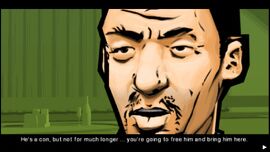 Zhou says Uri is a con, but not for much longer, and asks Huang to bring him to his club. 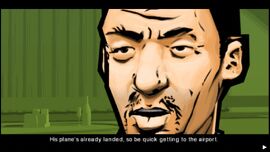 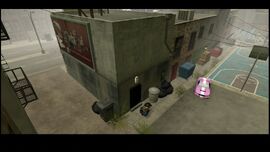 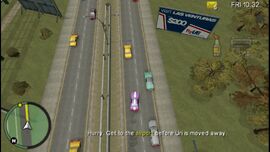 Heading to the airport. 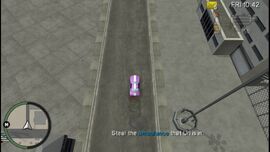 Huang arrives at the airport. 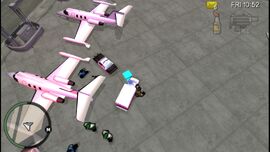 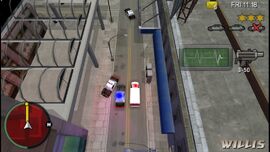 Driving back to Zhou's club during a police chase. 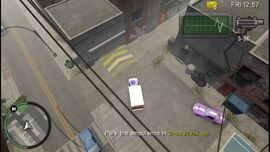 After losing the heat, Huang arrives at Zhou's club and parks the ambulance in the garage. 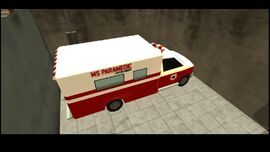 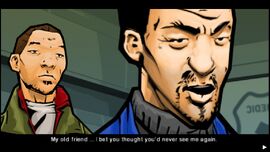 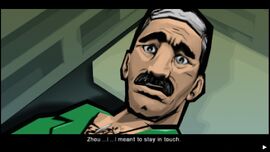 Uri says he's meant to stay in touch with him. 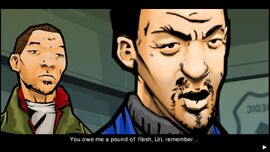 Zhou says Uri owe him a pound of flesh due to his betrayal. 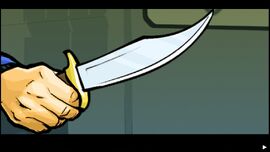 Zhou gets his dagger. 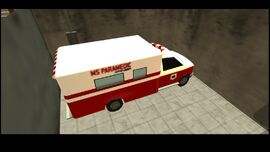 The camera goes outside of the ambulance. Its possible to hear Uri screaming and Zhou cutting his heart off. 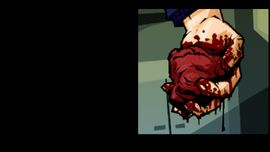 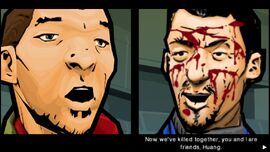 Zhou says now he and Huang killed together, it makes him and Zhou "blood brothers". 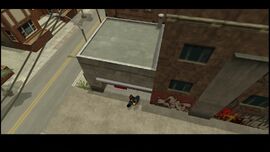 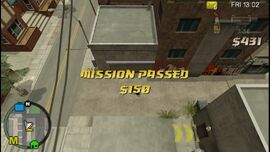 Take Zhou's car and quickly head to the airport before Uri is released. Once the player is there, they will need to get rid of four police officers armed with Nightsticks. Once they are disposed of, steal the ambulance and drive back to Zhou's club.

The player will gain a three star Wanted Level upon exiting the airport. Avoid ramming things to keep Uri's heart strong. If the player hits too many things or hits too hard, then Uri will flatline. If he flatlines, repeatedly tap the small heart icon with the stylus (DS), tap the L and R buttons (PSP), or repeatedly tap the heart monitor (iOS/Android) until his heart rate returns to normal.

Once the player has returned to Zhou's apartment, the final cutscene will show Zhou cutting the heart of his colleague out of his chest with the dagger (much to Huang's shock) and saying that now that he and Huang have killed a man together, they are blood brothers.

Retrieved from "https://gta.fandom.com/wiki/Flatliner?oldid=1187314"
Community content is available under CC-BY-SA unless otherwise noted.