View source
watch 02:34
Fire Emblem Warriors: Three Hopes - The Loop
Do you like this video?
Play Sound
Not to be confused with Flatliner, a mission in Grand Theft Auto: Chinatown Wars.

Flatline is a mission in Grand Theft Auto IV, given to Niko Bellic by Jimmy Pegorino.

Niko meets Jimmy Pegorino at his mansion in Westdyke, Alderney, where Pegorino, extremely paranoid, aims a shotgun at Niko, threatening to kill him, but Niko calms him down and tells him to explain what is going on. Pegorino explains that Anthony Corrado, one of Pegorino's guards, is actually an undercover agent working with the Alderney State Police and FIB, who was hired by them to sell out Pegorino in exchange for freedom. Pegorino continues that he called him and threatened him, which resulted in Corrado suffering a heart attack. Pegorino explains that he believed Corrado died, but now knows that he survived and is being treated at the Westdyke Memorial Hospital. Pegorino wants Niko to kill Corrado, but warns him that Corrado's ward is under heavy police protection due to him being a witness.

Niko heads to the Westdyke Memorial Hospital in Alderney to get rid of Corrado. Niko can walk through the reception and spot an unused set of hospital scrubs in a locker room. He changes into them and heads towards Corrado's ward.

There is an alternative way, where Niko can storm the hospital and silence Anthony, but it is very risky, despite it being quick.

After losing his two-star wanted level, Niko phones Pegorino and informs him of Corrado's death, with Pegorino hoping that nobody else will try to testify against him.

"A state's witness under heavy guard by both the LCPD and the FIB has been killed in the Westdyke Memorial Hospital. The witness Anthony Corrado had been expected to testify against suspected Alderney mob boss Jimmy Pegorino."

"A source close to the mob tells us that the witness's death is a big blow to the state's case against Pegorino, "Anthony was Jimmy P's personal bodyguard. If he took to the stand there wasn't no chance of Jimmy seeing daylight ever again. Now, they're screwed." The District Attorney, however, has other ideas, "We're working hard to put a case together against these lowlifes. Mr. Corrado was just one piece of the puzzle, albeit an important one." Corrado had been in the custody of the state for over a week. It is thought that the stress of betraying Pegorino and his cohorts was too much for him as he suffered a heart attack soon after agreeing to testify. Police are searching for the hitman and any possible links between the murder of their witness and Jimmy Pegorino." 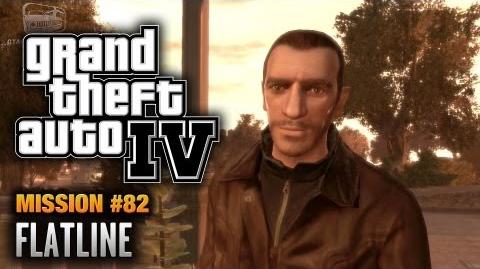 The reward for completing this mission is $13,000 and the mission Pest Control is unlocked.