Fish In A Barrel

"Gentlemen? Or shall I say 'partners'?"
― Woozie

Fish in a Barrel is a mission in Grand Theft Auto: San Andreas, given to protagonist Carl Johnson by San Fierro Triads leader Wu Zi Mu from The Four Dragons Casino on The Strip, Las Venturas.

Although considered a mission, it is merely a small cutscene.

Carl Johnson and Ran Fa Li enter Wu Zi Mu's office at the casino, where Woozie asks them to sign a document. Carl and Ran Fa Li sign it, and Woozie announces that they are now his partners in the Four Dragons Casino. The cutscene ends with the three men raising a toast in celebration.

Ken Rosenberg: Carl? It's me, Ken. The Leone family has made their move! Salvatore's here, now! He's taken over Caligula's! We're screwed! It's war for control of Venturas, man. War! WAR! There's word of some Triad visit or something that should keep him busy. I'm calling from the bathroom, I gotta go, I really gotta go.

There is no reward for completing this mission, though the mission Freefall is unlocked. 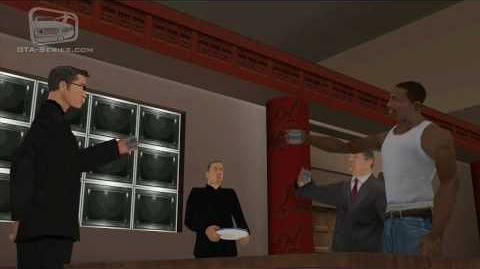 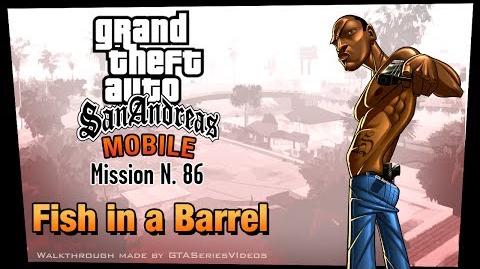 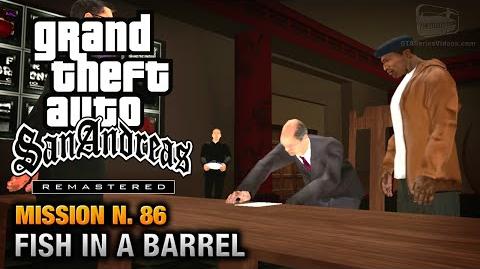 Retrieved from "https://gta.fandom.com/wiki/Fish_in_a_Barrel?oldid=1175837"
Community content is available under CC-BY-SA unless otherwise noted.