Catalina: "My name's Catalina, and we're going to take this county for every stinking cent!"
CJ: "Ok. Good plan, I guess..."
Catalina: "You're damn straight it's a good plan."
—Carl Johnson and Catalina discussing their money making plans

First Date is a mission in Grand Theft Auto: San Andreas given to protagonist Carl Johnson by Catalina from The Welcome Pump bar in the town of Dillimore in Red County, San Andreas.

Catalina is inside The Welcome Pump in Dillimore and is threatening two men with a knife. Carl enters the room and explains to her that he is looking for a friend's cousin, who he discovers is Catalina. The two leave The Welcome Pump and Catalina explains to Carl that they are going to rob four locations across the county: a Gasso petrol station, an Inside Track betting shop, a liquor store and a bank.

There is no monetary reward for completing the mission, which is technically a cutscene; the only thing Carl needs to do is arrive with (or obtain afterward) a vehicle. The missions Tanker Commander, Against All Odds, Local Liquor Store and Small Town Bank are unlocked. However, after completing the chosen mission, the other three missions need unlocking once again. Upon completion of the first job, The Truth will also invite Carl by phone to meet him at a motel in Angel Pine.

Carl: Who is this?

The Truth: You know me - this is the Truth.

The Truth: Perfection. They said you were a moron.

The Truth: Okay, you can drop the act now, kid.

Carl: You with the police?

The Truth: No, we have a mutual friend and business partner.

The Truth: Yes. Have you killed any cops lately?

The Truth: So, I've got a room at a motel in Angel Pine. Make sure nobody follows you. 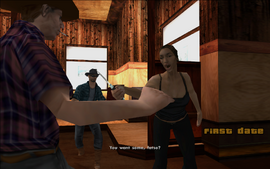 Carl walks into The Welcome Pump to meet Cesar's cousin, but instead is greeted by an angry woman fighting several men at the same time with a knife. 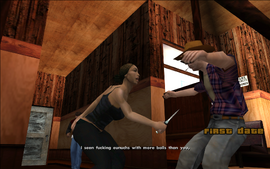 As one of the men tries to attack her, she savagely tries to cut him in the waist, however, the man dodges this attack. 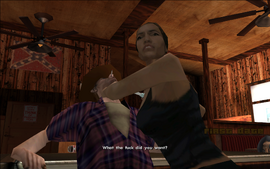 The woman manages to grab the man and holds him down, as she notices Carl's presence. She angrily asks him what he wants. 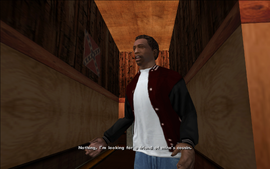 Carl says that he's looking for his friend's cousin. 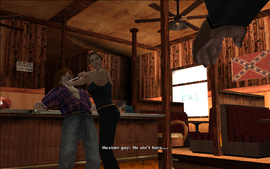 Carl says that he's looking for a Mexican guy, but he is not here by the looks of it. 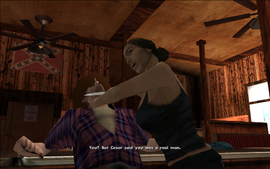 The woman is surprised to hear that Carl is looking for that person. She says that Cesar said that it'd be a "real" man, revealing that the woman is Cesar's cousin. 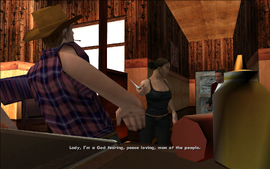 Carl sarcastically says that he's a "god-fearing man" and a "man of peace". 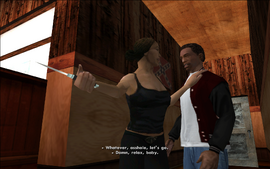 Cesar's cousin angrily tells Carl that she doesn't care and slowly backs out the door with him, while Carl is surprised at this woman's savageness. 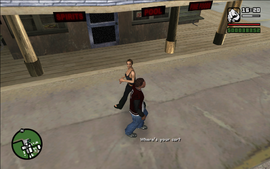 As Carl and Cesar's cousin step outside, she immediately asks Carl where his car is. Carl, in turn, asks where her car is. 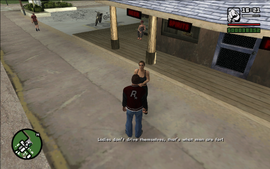 Cesar's cousin quickly responds saying that women don't drive themselves and that "that's what men are for". 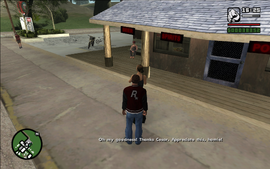 Carl remarks about how much of a bad idea it was to meet up with Cesar's cousin. 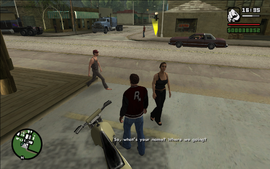 Carl asks Cesar's cousin what her name is and where they should be going to. 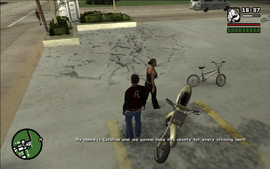 She introduces herself as Catalina and says that she and Carl are going to rob their way through Red County. 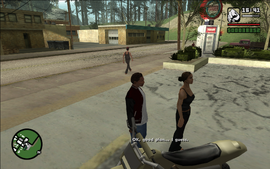 Carl says that it's not that bad of a plan. 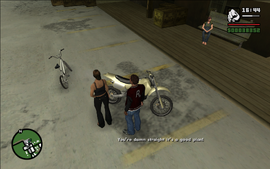 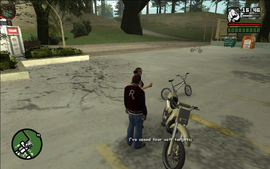 Catalina reveals that she has four easy targets in her sights. 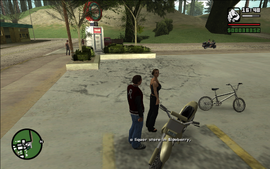 Firstly, a liquor store in Blueberry. 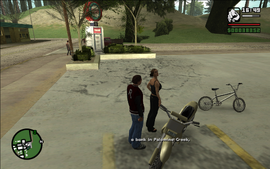 Secondly, a bank in Palomino Creek. 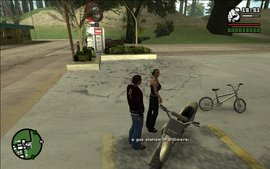 Thirdly, a gas station in Dillimore. 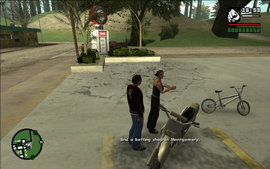 And finally, a betting shop in Montgomery. 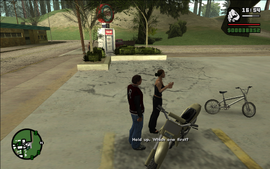 Carl asks Catalina which place they should rob first. 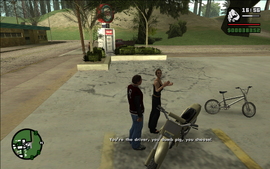 Catalina gets angry at Carl for asking this question. She tells him that since he's the driver, he gets to choose which place they go for first...