The Firefighter side mission is an optional vehicle mission that can be toggled on or off from within a Fire Truck in every 3D Universe game and Grand Theft Auto: Chinatown Wars.

Starting with Grand Theft Auto: Vice City, each level becomes more difficult as higher levels consist of one or more burning vehicles that may still be occupied and may drive around frantically (except in Grand Theft Auto: San Andreas, where the vehicles are stationary), all of which must be extinguished within the time limit. Even more problematic, once a burning vehicle containing passengers is extinguished, they will exit the vehicle and run in all directions while still burning. Therefore, the player must chase after the victims and extinguish them while being careful not to run over them with the fire truck as it will result in mission failure. In some cases, burning passengers will run into water - saving the player the trouble of extinguishing them.

In Grand Theft Auto: Chinatown Wars, the side mission - now named Fire Fighter - has changed significantly: along with putting out vehicle fires, the player also has the added tasks of dealing with building fires and non-violently disrupting protests.

Completing the firefighter side-mission will either give the player a flamethrower at the safehouse or turn the protagonist fireproof. The immunity bonus may be useful for some missions such as Burning Desire, End of the Line, and Light My Pyre. 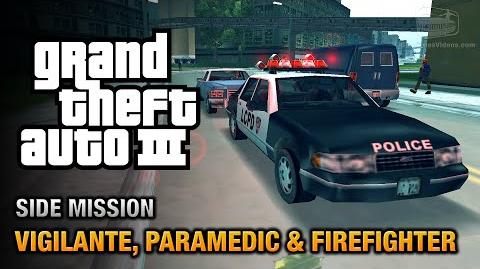 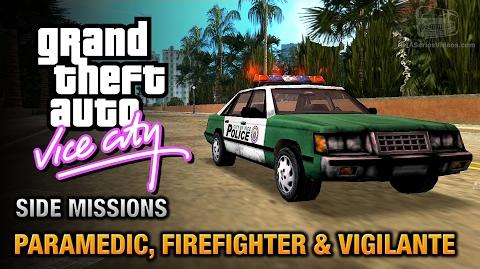 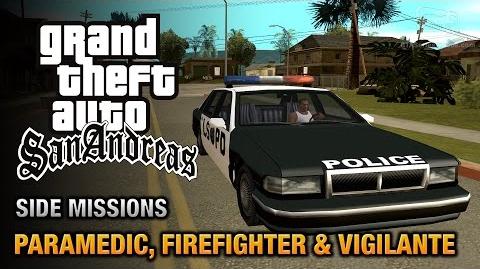 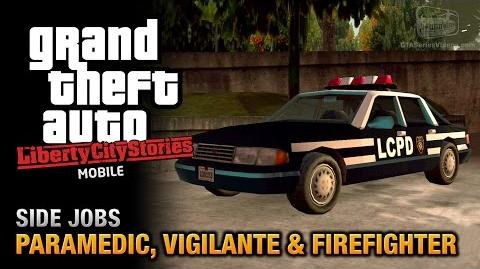