• ­Find Cisco at the restaurant and beat the truth out of him with your bare hands to discover if he's behind Vinnie's death.

• ­There are bodyguards out front. Either take them on or look for another entrance around back.

Mike: "King Courtney seems to fear you, but you don't look like much to me, Cisco. Why don't you tell me a bit about my partner Vinnie and the bartender?"
Cisco: "Who the hell you think you are? You're a dead man, Amigo. You just don't know it yet!"
―Mike confronts Cisco

Fine Dining is the last mission in Grand Theft Auto Advance given to protagonist Mike by Uptown Yardies leader King Courtney from a jetty in Newport on Staunton Island, Liberty City.

King Courtney informs Mike that Cisco has been spotted at a restaurant and that this is his chance to get revenge for the deaths of Vinnie and Jonnie. Before he leaves, Mike tells King Courtney that he won't be taking more jobs from him. Mike then drives to the restaurant in Belleville Park. Mike then has the option to enter the restaurant from either the front or back entrance. If Mike enters the front entrance, he shoots his way past Colombian Cartel gang members and chases Cisco, who escapes through the back entrance, before Mike attacks him and forms an alliance. If Mike goes to back of the restaurant, Cisco leaves to smoke a cigarette and is attacked by Mike, before the two form an alliance. Following this Mike cuts his ties with Courtney.

The reward for completing the mission is $10,000 and the mission Flying High is unlocked. 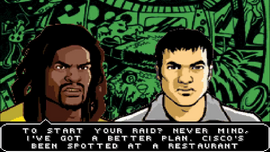 King Courtney informs Mike that Cisco has been spotted at a restaurant. 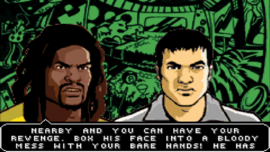 And that this is his chance to get revenge for the deaths of Vinnie and Jonnie. 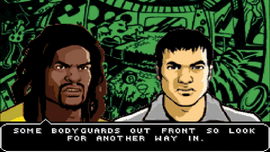 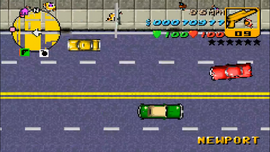 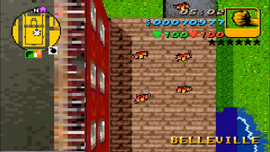 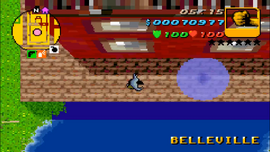 Mike about to enter the restaurant. 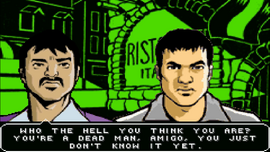 Cisco leaves to smoke a cigarette and is attacked by Mike. 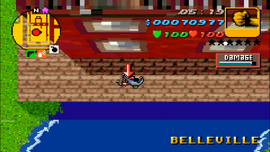 Attacking Cisco outside the restaurant. 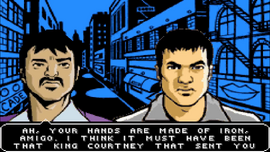 Cisco praises Mike's strength and asks if it was King Courtney who sent him. 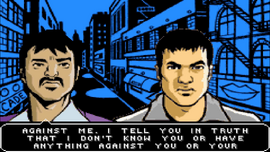 Cisco claims that it had nothing to do with the death of Vinnie and Jonnie. 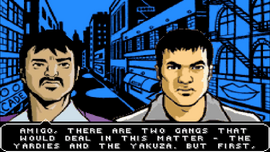 He says there are two gangs that would deal in this matter - The Yardies and the Yakuza. After this conversation, the two form an alliance and Mike cuts his ties with Courtney. 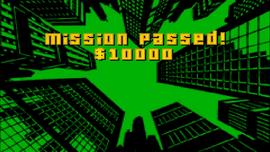 Retrieved from "https://gta.fandom.com/wiki/Fine_Dining?oldid=1318613"
Community content is available under CC-BY-SA unless otherwise noted.