As limited fuel is not a game mechanic in Grand Theft Auto games, they are not interactive, except for in Grand Theft Auto: Chinatown Wars, where they are used to create Molotov Cocktails. They appear as stationary explosive objects, where the fuel dispensers can explode if shot at or run over with a vehicle. The strength of the explosion vary between games, ranging from small, grenade-like explosions to highly violent blasts that can instantly kill the player upon impact. Some service stations in Grand Theft Auto V have accessible interiors. However, the player will receive a two-star wanted level if all the dispensers are blown up.

The prices on price boards generally reflect the prices of the place and era of the game in which they are found. For example, fuel prices in San Andreas are $1.34 to $1.49 a gallon, typical for fuel in California circa 1992.

All featured stations from GTA IV return (minus those in Alderney, due to its absence), as well as several more which are more depots than stations. These can be used to play the molotov minigame, in which fuel is purchased then guided into bottles in order to produce Molotov Cocktails. 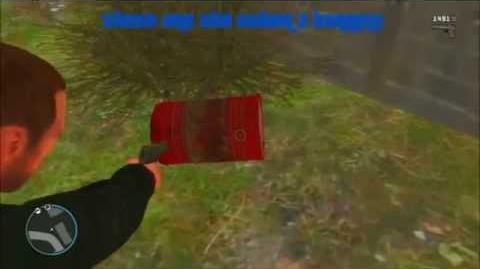