View source
watch 02:56
Raise a Floppa - The Loop
Do you like this video?
Play Sound
For other uses, see Festive Surprise (disambiguation).

Savestra Week
“The stench of spiked egg nog stained on your Clubhouse floor and drunken Santas stumbling down Vinewood Boulevard can only signify one thing: the Festive Surprise 2017 Event has hit Los Santos and Blaine County. With Weazel News’ crack team of weathermen already calling for a frosty forecast this coming weekend, new festive gear along with all of your old favorites return to the shops of Southern San Andreas. Send sparks through the night with the Firework Launcher as you stomp through a crimson-coated winter wonderland in your favorite Elf mask, pay a visit to your favorite 247 Supermarket in a Mirthful Gingerbread Hockey mask or show your head-to-toe spirit in a festive albeit slightly creepy Reindeer Bodysuit. Plus keep an eye out for a few free unlocks in the coming days including new Krampus masks gifts starting on Christmas Eve. Because in this town, only the naughty get their stockings stuffed.”
— Rockstar Games Newswire

Festive Surprise 2017 was an event in Grand Theft Auto Online. The event started on December 19, 2017, and ran until January 1, 2018. This event featured discounts on vehicles/properties and double GTA$ payouts in a new Adversary Mode, Occupy.

The traditional "Happy Holidays" awards for this year were awarded to players on December 18, 2017, one day before the event began, as well as on December 24, 2017, and December 25, 2017. The same gifts awarded on December 18th were also awarded on 1st January, 2018. The award this year was full ammo for all owned weaponry. December 18, 2017 also saw the addition of Christmas Trees in all Apartments, Offices, Office Garages, Galaxy Super Yachts, Facilities, Bunkers, Hangars and Clubhouses. A large Christmas tree was added to Legion Square. Christmas decorations were also added to the interior modules of the Mobile Operations Center and Avenger.

Numerous Log-On Awards were given to players who log on on specific days during the Festive period and throughout the New Year. These are awarded only for a specific day, unlike other rewards (see Store Updates)

More gifts were awarded on the New Year, celebrating the year's outcomes.[2] 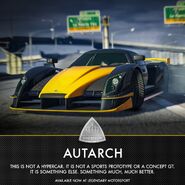