Jimmy De Santa has several posters of this band in his bedroom, on the flyer at the Vinewood Bowl and Wade Hebert can be seen wearing a red and black Fatal Incursion undershirt. The band may be a heavy metal or rap metal band, possibly based on the real-life group Insane Clown Posse.

Unlike the other fictional band in the GTA Universe, Love Fist, none of Fatal Incursion's songs can be heard in the game.

Their newest album, 'Insertion Required', was released on March 24th, 2013 and according to some posters; is available at all Pirate Music stores. The album also features their single "Spurting So Bad". 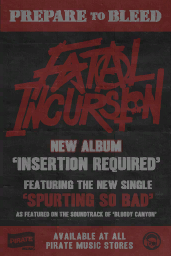 A Fatal Incursion poster in Tequi-la-la. 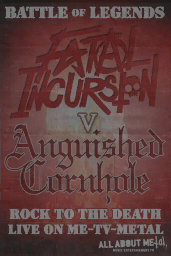 A Poster for a event with Fatal Incursion vs Anguished Cornhole. 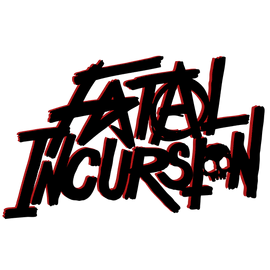 The graphic of the Fatal Incursion Tattoo in Grand Theft Auto Online.

Retrieved from "https://gta.fandom.com/wiki/Fatal_Incursion?oldid=1208299"
Community content is available under CC-BY-SA unless otherwise noted.