In-game time
“Chunky Lee Chong is pushing spank for some new gang from Colombia... or Colorado... or something.... I'm not really sure. Who needs details anyway. He's got a noodle stand down in China Town. That rat has sold his last stir fry. I want you to take him out! If you need a piece go around back of AmmuNation opposite the subway. Sort yourself with a nine, you know where it is, right? Well remember, just watch your back in China Town, it's Triad territory.”
— Joey Leone

Farewell 'Chunky' Lee Chong is a mission in Grand Theft Auto III given to protagonist Claude by Joey Leone from his garage in the Trenton district of Portland, Liberty City.

Claude goes to Joey Leone's garage where Joey tells Claude of a man called Lee Chong who is selling SPANK through his noodle stand. Joey instructs Claude to kill him and to drop by Ammu-Nation in the Red Light District if he needs a weapon. Claude, after going to Ammu-Nation, drives to Chinatown and enters the fish market. He then kills a fleeing Chong, who begins to run to his car. 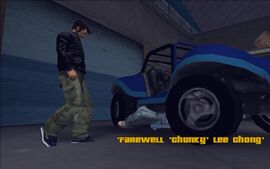 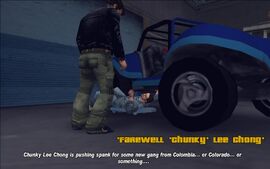 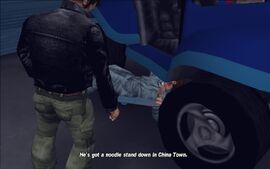 Chong is selling SPANK from his noodle stand in Chinatown 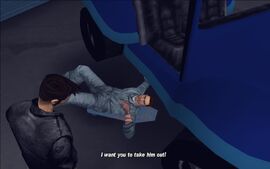 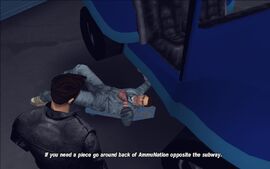 Joey tells Claude to visit the Ammu-Nation if Claude needs a gun. 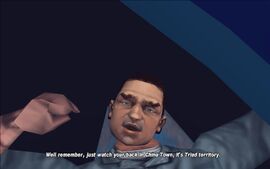 Before Claude goes, Joey reminds him to watch out in Chinatown, since it is Triads turf. 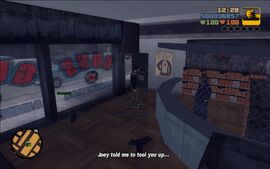 Once Claude reaches Ammu-Nation, the clerk welcomes him and tells him that Joey told him to give Claude a gun. Claude is told that he can find a pistol in the shooting range behind the store. 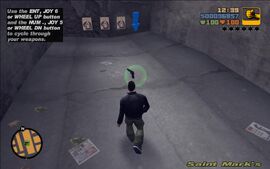 Claude picking the pistol up. 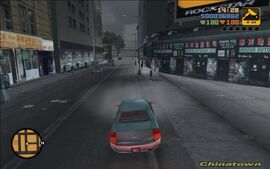 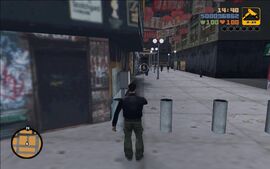 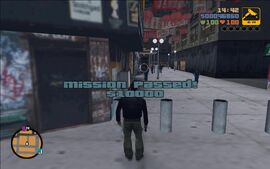