Standard White - 100%
“Admit it. You took one look and assumed this was just a typical 50's station wagon - and you weren't wrong. But look again at the magnificent box styling, the stance so low you couldn't slide melted butter underneath it, the faint afterglow of casual bigotry, and ask yourself: where did it all go wrong, and fifty years later how the hell did we end up driving SUV's? It's not nostalgia. Things really were better.”
— Southern San Andreas Super Autos description.

The Fagaloa is mostly based on the Volvo Amazon Wagon, and takes inspirations from its custom version by Zolland Design. The rear end seems to be based on the Chevrolet Nomad, 1957 Pontiac Safari Wagon, or Studebaker Conestoga, with some similarities to a Volkswagen 1600 Squareback. The front fascia also appears to take some styling cues from the 1959 Škoda Octavia Combi, FSO Warszawa or the Trabant 601 series.

The car is distinguished by its simplier and boxy design, where the front end features a small bumper with an European-style license plate on the centre. A trapezium-shaped grille occupies most of the frontal area of the car, while the outer areas are occupied by a set of circular lamps with small covers above and smaller, rounded lamps below the main lamps. The bonnet features a V-shaped bulge with a detail of the front and silver "VULCAR" lettering above the grille, along with a vented section near the windscreen.

The sides of the car are very traditional, featuring slightly-flared arches and two details running through the sides, along with Vulcar badges near the doors and a fuel cap on the rearmost area of the rear left fender. The cabin area has inner pillars on the door windows and the rear side windows, as well as circular rear-view mirrors on the doors, near the A-pillars.

The rear of the car features dual boot compartments on the centre, with the lower one having a single handle and various vertical details on it. The outer edges of the car has protruding tail lamp units, consisting of upper red lamps and lower reverse lamps. A small bumper spans the whole width of the car and holds the standard California-style plate on the centre, while a small exhaust tube can be seen below it, on the passenger side.

The interior of the car uses the same dial set and details from cars like the Peyote and the Voodoo Custom. However, the metallic strips on the dashboard and the doors are not present, likely to make way for the wooden strips installed with the "Wooden Interior" modification.

The primary colour of the car is applied on the bodywork and the strips on the dashboard and doorcards, while the secondary colour is applied on the bumpers, grille and trims around the windows and on the sides. A trim color is also available the majority of the interior. It uses a set of rims that are similar to the "Old School" muscle rims available in Los Santos Customs, but they have large hubcaps on the centre, in a similar way to the Police Transporter and the Youga Classic.

The wheels will camber with suspension upgrades, with the vehicle having more camber the lower the ride. 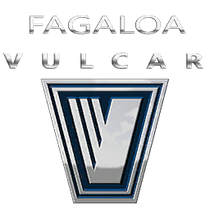 The Fagaloa has average acceleration and average top speed, though its setback is its oversteer if turning a corner too sharply. This, however, can be easily remedied by fully upgrading its suspension which can eliminate oversteer, allowing it to take on corners without the risk of spinning out; off-road wise, it struggles to maintain its speed, even on flat, dirt roads. When braking, the wheels will lock up and release in quick succession, which can be seen in the tire marks the vehicle will leave.

The Fagaloa is powered by a twin-cam straight-6 engine, coupled to a 3-speed gearbox in a front engine, rear wheel drive layout. The intake manifold appears to have six independent inlets bearing air filters, similar to the 190z. Its engine sound is similar to the one used on the Rat-Loader and the Rusty Rebel.

Installing any "Visor" modification will increase its traction slightly, in the same way as a spoiler.

Promotional screenshot of the Fagaloa. 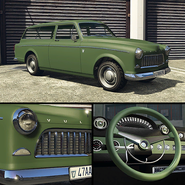 The Fagaloa on the updated Rockstar Games Social Club.

The Fagaloa in the cinematic preview on Rockstar Games Social Club.

Rallye De Paleto 1979 logo used on the modifications for the Fagaloa. 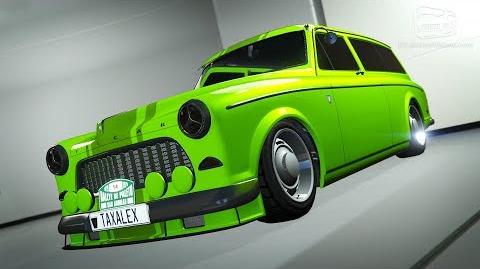