Black Friday Sales 2017
“Calling the FH-1 Hunter an attack helicopter might be misleading, because this thing is in a class of its own. Its unique rocket barrage alone is enough to eviscerate an army of foes, and that’s before you consider your buddy's contributions at the helm of the gunner-operated Turret. Can you hear it? The sweet cacophony of exploding aircraft and Homing Missiles whizzing through the sky. Your enemies should be so grateful. Pick up your FH-1 Hunter today from Warstock Cache and Carry.”

FH-1 Hunter Week was an event in Grand Theft Auto Online. The event started on November 21, 2017, and ran until November 27, 2017. This event featured discounts on vehicles & customizations and double GTA$ payouts on 16 new Transform Races, as well as existing Transform Races. 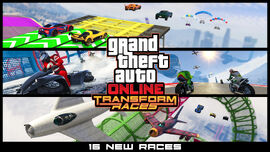 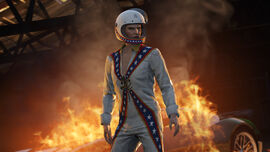