"Two bullets. One life. No mercy. An intense Last Man Standing variant with a unique twist to keep you on your toes and constantly on your guard."
— Rockstar Newswire Description

Every Bullet Counts[1] is an Adversary Mode featured in Grand Theft Auto Online as part of the continuation of the Lowriders update, released on December 8, 2015.

"A group of players take each other out until there's only one of them left. With just one life, one hatchet and one marksman pistol with 2 bullets, everything's got to count."
— Rockstar Games Social Club description.

"As the title makes clear, in Every Bullet Counts there's no room to be wasteful. When you only have one life, one Melee Weapon and a Marksman Pistol with just two bullets, every decision and every shot must be precise and calculated."
— Description.

This Adversary Mode plays much like a Last Man Standing match but with a twist. Four players go up against each other in a confined space with a very limited arsenal, just one Marksman Pistol and two bullets to take out the other three opponents.

Participants can collect ammo scattered around the area, as well as those left behind by the players killed. However, once the player has exhausted their ammo, they need to resort to crafty melee attacks with a Hatchet or Machete to make it out alive.

To avoid campers, players who stand still for more than 5 seconds will have their blip revealed on the map, making them an easier target for enemies who are moving from cover to cover. 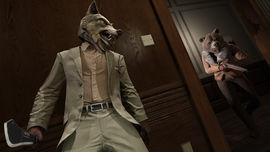 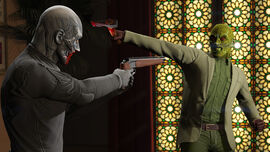 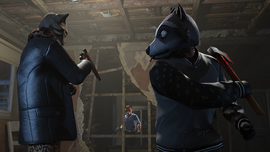 Retrieved from "https://gta.fandom.com/wiki/Every_Bullet_Counts?oldid=1254806"
Community content is available under CC-BY-SA unless otherwise noted.