• ­Lets go! (When the player starts to follow the van)

"You are proving to be a safe investment, a rare thing in these days of falsehood. My Oriental Friend will need an escort while he takes my latest acquisition to be authenticated. I want you to follow him and make sure both he and my package get to Pike Creek unharmed."
― Donald Love

Escort Service is a mission in Grand Theft Auto III given to protagonist Claude by media tycoon and businessman Donald Love from the Love Media building in the Bedford Point district of Staunton Island, Liberty City.

Claude goes to Donald's penthouse, looking for more work. Donald wants Claude to protect the Old Oriental Gentleman in a Securicar and make sure he's safely arriving in Pike Creek, Shoreside Vale, for Donald's package needs authentication. Claude later gets out the building and gets in a car, following the Securicar transporting the oriental gentleman. On the way, members of Colombian Cartel start to give chase in Cartel Cruisers, trying to ram the vehicle. Claude, however, manages to hold off the Cartel members. Eventually, the Old Oriental Gentleman, with the help of Claude, arrives at the destination safely.

The reward for completing this mission is $40,000 and the mission Decoy is unlocked. 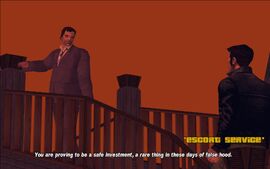 Claude arrives at the Love Media Building in Bedford Point and is welcomed by Donald Love, who congratulates him on handling all tasks Love has given him well. Saying that a man as useful as Claude is rare to find. 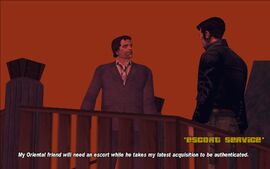 Love informs Claude that his Oriental friend will be taking the package Claude delivered to Love to Pike Creek to verify whether or not it's really the thing Love was looking for. 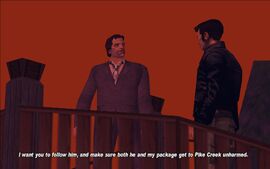 Love hires Claude to chaperone the Old Oriental Gentleman on his journey to Pike Creek in Shoreside Vale. 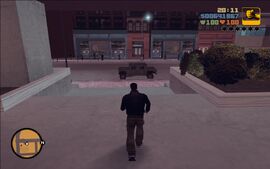 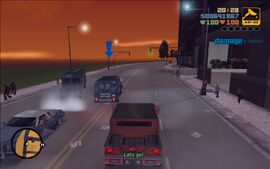 After Claude drives up to the location of the Old Oriental Gentleman, the old man starts driving off in a Securicar. 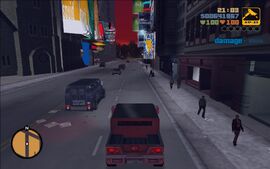 Claude and chaperoning the Oriental Gentleman on his way to Pike Creek. 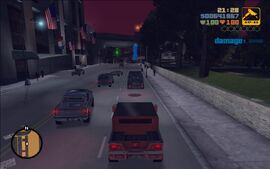 After a short while, a Cartel Cruiser starts chasing the Securicar, trying to destroy it before it reaches its' destination. 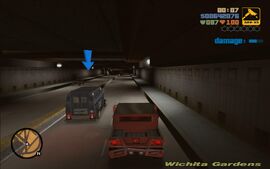 Claude and the Oriental Gentleman driving to Shoreside Vale through the Porter Tunnel. 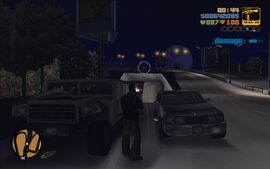 After Claude emerges from the tunnel, he finds a Cartel ambush. Claude is then forced to take care of the Cartel gangsters before they can damage the Securicar which is about to leave the tunnel too. 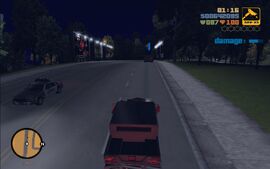 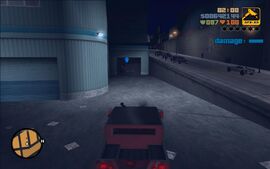 After arriving at Pike Creek, the Oriental Gentleman is seen locking up the Securicar van in some sort of a lock-up. 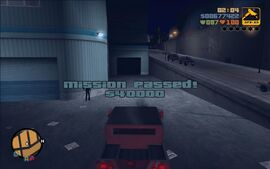 Retrieved from "https://gta.fandom.com/wiki/Escort_Service?oldid=1207584"
Community content is available under CC-BY-SA unless otherwise noted.