The mansion as seen from the south.

It is bordered by Spanish Avenue, Rockford Drive, Strangeways Drive and Boulevard Del Perro in Rockford Hills, Los Santos. It is used as the main headquarters for the Epsilon Program and is also the secondary home of Cris Formage. It cannot be entered by the player.

The building stands several stories high, which is much different from other mansions in Rockford Hills. Workers can be seen maintaining the grass outside, just like other wealthy properties. Around back, there is a large open patio where Epsilon members can be seen eating and talking.

During Grand Theft Auto V, Michael De Santa is able to sign up for the Epsilon Program on their official website. After a series of difficult trials, Michael arrives to the Epsilon Building to meet the cult leader Cris Formage in person. Cris gets Michael to deliver $2,100,000 to a helicopter and gives him fire support in the form of a convoy. The convoy exits the mansion grounds and heads towards the helipad.

The mansion is styled similarly to 1930s architecture. It is based on the real-life Church of Scientology Celebrity Centre[1] in Los Angeles, California. 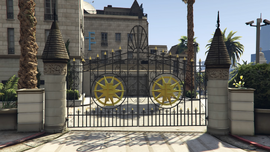 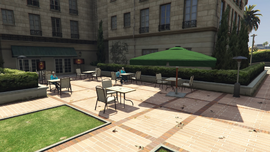 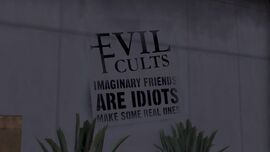