View source
watch 02:56
Raise a Floppa - The Loop
Do you like this video?
Play Sound
For the Adversary Mode featured in Grand Theft Auto Online, see Entourage (Adversary Mode).

Payback
Portrait of a Killer
Weekend at Florian's

Gravelli: "And I care about my legacy. I've worked hard for this, this line of work. Now, some Russian assholes think they can march in and take control of rackets my family has run for fifty years."
Niko: "You mean fifty years of you bleeding this city dry might come to an end?"
Gravelli: "I know, it's a terrible tragedy."
— Jon Gravelli tells Niko Bellic about his problems with the Russian Mafia

Entourage is a mission in Grand Theft Auto IV. It's the first mission given by Jon Gravelli to Niko Bellic.

Niko goes to Schottler Medical Center and he is told by Gravelli to meet the politician Bobby Jefferson and escort him to City Hall.

Niko goes to meet Former Secretary Jefferson and his entourage at Grand Easton Terminal. The player will be driving Mr. Jefferson to his speech in the central car in a convoy of three sedans. The player will have to stay between the two cars and following the lead vehicle.

Eventually, a series of roadblocks leads the convoy into an ambush by the Russian Mafia disguised as Construction Workers and blocking the paths with a Bus and one of them destroying one of the vehicles with a Rocket Launcher. Fight back while defending Jefferson. Once the enemies are taken out, take Mr. Jefferson and evade four more cars, which will give chase. After reaching to the Civic Citadel, the mission is completed.

"Bobby Jefferson, the Ex-Secretary of Security Enforcement, came to Liberty City in order to give a speech on the increasing threat of immigrant-led organized crime. However, Jefferson became a victim himself as his convoy was ambushed on the way to the Civic Citadel and he was nearly killed. Violent crime is becoming more and more prevalent in this city and people like Mr. Jefferson are asking why in highly paid speeches. The RICO statues and the pressure put on organized crime by new forms of surveillance has for years undermined the traditional criminal elements in this city. This void is being filled by hungry and ruthless criminals coming into our city from aboard."

"It seems that, as in every industry, these new gangs need to succeed more desperately than their American counterparts and they are willing to pay a price for success that others are not. Mayor Ochoa has to keep to his word and do something about this problem. Until then, the helpless residents of Liberty City must remain at the mercy of these foreign thugs."

"Weazel News, where the assassination attempt of the day is always brought to you by Al Dente's -- All the mamma-mia you can eat!

"Is anyone safe? Even our politicians are now under attack! He's the former Secretary of Security Enforcement, but Bobby Jefferson's motorcade was attacked while making its way from Grand Easton Terminal to the Civic Citadel, where Mr. Jefferson had long been scheduled to give a speech about organized crime. Courageously, Mr. Jefferson took to the stage after the attack and delivered the speech. The mayor vowed to make these new forms of organized crime a priority. Mr. Jefferson's speech was not a xenophobic rant; he praised hard-working immigrants, particularly one nameless man who ensured that he could deliver his speech. 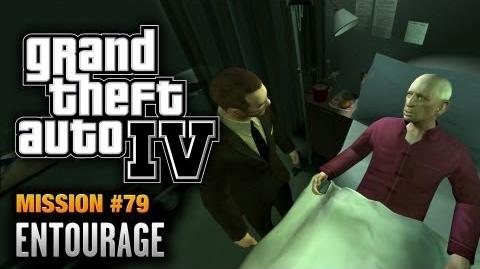