supercar_3_eur_v8
“There is a new word in pioneering automotive design: intuition. Taking your seat in an Emerus is not like getting into a car. It's like discovering a new and perfectly natural extension to your own body, which just happens to be made of 800 angry horses. So, when it tears you mercilessly limb from limb, you'll have no one but yourself to blame.”
— Legendary Motorsport description.

The Progen Emerus is a two-door hypercar featured in Grand Theft Auto Online as part of the continuation of The Diamond Casino & Resort update, released on August 15, 2019, during the Emerus Week event.

The design of the Emerus is almost identical to the 2019 McLaren Senna, primarily the general shaping of the rear fenders and the large air intakes. It also possesses similar LED light strips placed under the headlights. The car also resembles the Senna GTR by the inclusion of multiple carbon elements, such as the carbon strip present on the bonnet from stock. The front of the Emerus is also reminiscent of the Ferrari FXX-K as both have thin slit-like headlights and a parallelogram shape front intake. The rear of the car seems to be inspired by the McLaren Speedtail, while the wing is taken from McLaren P1 GTR.

The Emerus is distinguished by its aggressive styling and aerodynamic profile, where the front end features a carbon-fibre splitter, a large central intake and two smaller ones besides it. A set of circular headlamps and LED strips can be found on the outer edges, along with an intake on the bonnet area that is finished in black and the manufacturer emblem.

On the sides, the car employs black panels on the front fender area and a set of body-coloured fins in the middle section, mounted over a wide formation that leads towards a rear fender vent. The skirts have a concave shape, with an open front end and a curved rear end. On the cabin area, the roof and pillars are entirely finished in black, along with a small roof scoop. The doors contain fitted panes inside them as well, and will also match with the currently-applied window tint.

The rear end is largely dominated by the rear-mounted spoiler and the tail light strips on it, along with silver lettering between the spoiler supports that displays the manufacturer name. The lower side is mostly composed of square-shaped formations that separate the circular exhaust tubes from the rest of the carbon-fibre rear, together with a plate holder on the centre. The engine bay area features a V8 engine similar to that of the Jester, with a set of vents in black finish. Its underside is mostly plated in sectioned black panels, with the central one finished in carbon-fibre, but leaving the rear axle exposed.

The interior of the car reuses the same textures and dials from the FMJ, with the only difference being the paddle shifts behind the steering wheel and the corresponding manufacturer badge on the horn cap.

The primary colour of the vehicle is applied on the bodywork and the fins on the stock spoiler, while a trim colour is available for the interior stitching. The secondary colour does not seem to be applied on the car, unless a secondary-coloured modification is installed. The rims are identical to the "S Racer" sport rims available in Los Santos Customs, although only those generated examples from the Content Creator, appearing in a mission or given as a Lucky Wheel reward may have a black colour rather than the default alloy. 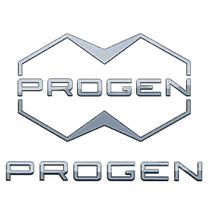 The Emerus performs similarly to the T20, having a high acceleration and top speed. Handling is rather difficult to get used to, as it is very floaty over uneven roads and corners, alongside the low suspension. This can be used as an advantage, however, as its traction is good and can take rather sharp turns.

The Emerus has one (the eleventh) Advanced Flag enabled.[1] The purpose of this flag is unknown, but it appears to have little impact on performance.

The Emerus sports a V8 engine in a rear-mid mounted position powering the rear wheels through a 7-speed gearbox. The engine sound is an edited version of the Cheetah and Vacca engine sounds. 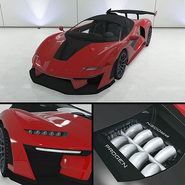 The Emerus on Legendary Motorsport.

The Emerus on the updated Rockstar Games Social Club.

The Emerus in the Cinematic preview on Rockstar Games Social Club. 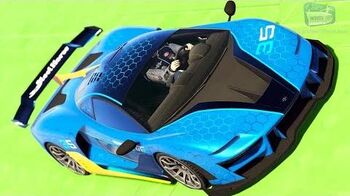